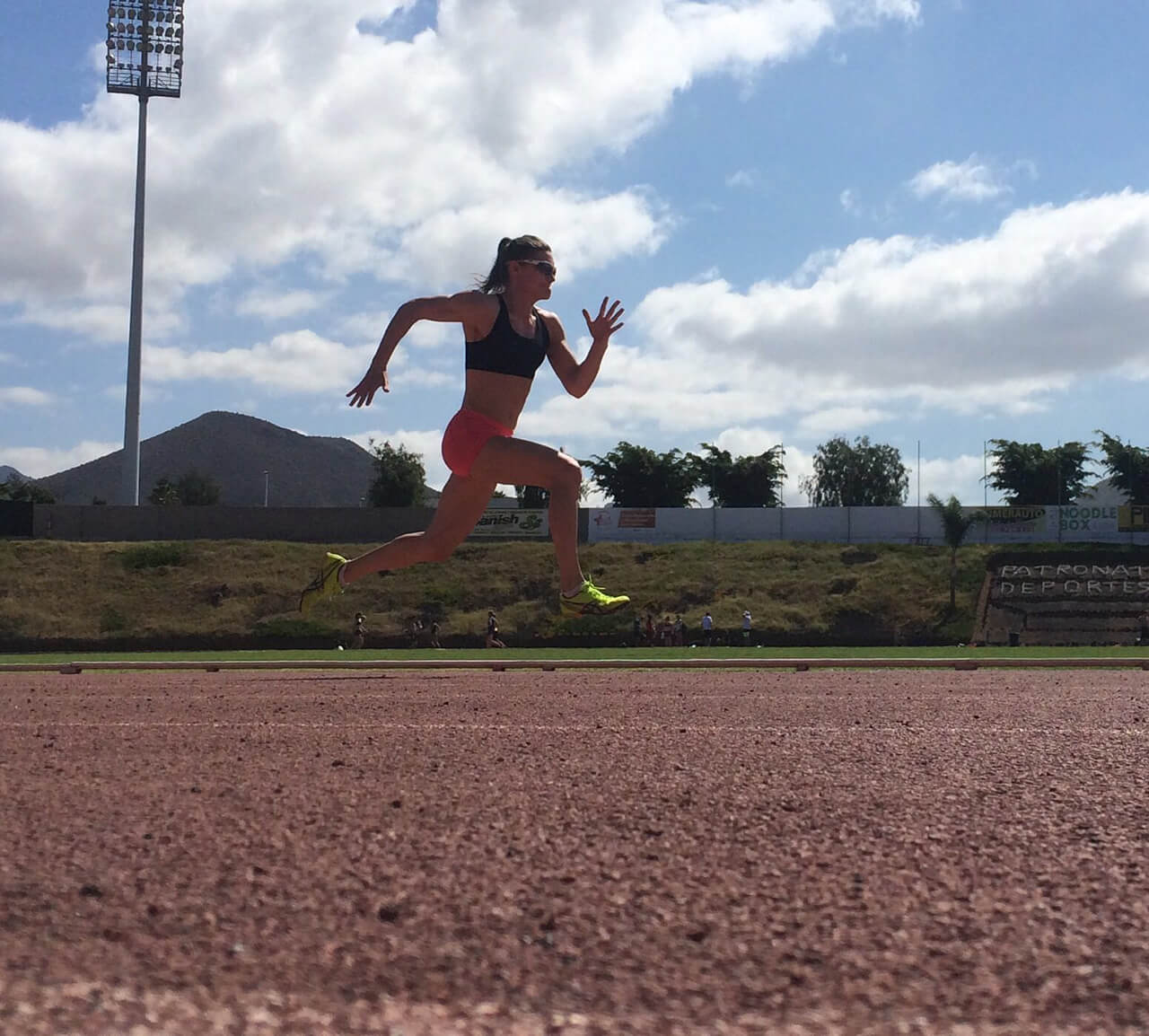 Bollington is proud to announce that we are supporting British athlete Kelly Massey during the 2016 season.  31-year-old Kelly hails from Coventry, Warwickshire.  A well established 400m runner, Kelly won bronze medals at both the 2014 Commonwealth and European Championships, running as part of the Great Britain 4x400m relay team.

During the 2016 season, Kelly will be keeping us up-date with her training preparations and progress during race meets.  We caught up with her during the first 3 weeks of training, as she started warm weather training in Tenerife.

Well, that’s the first week of warm weather training done. It was a slow start getting used to a much harder track, which puts higher forces through your body. I’ve had to be careful as I’ve had issues with my achillies, but now I’m fully into the swing of things. So far, I have been working on some shorter sprint speed. This is something that is harder to do at home because the weather is too cold for your muscles and you can risk injury. 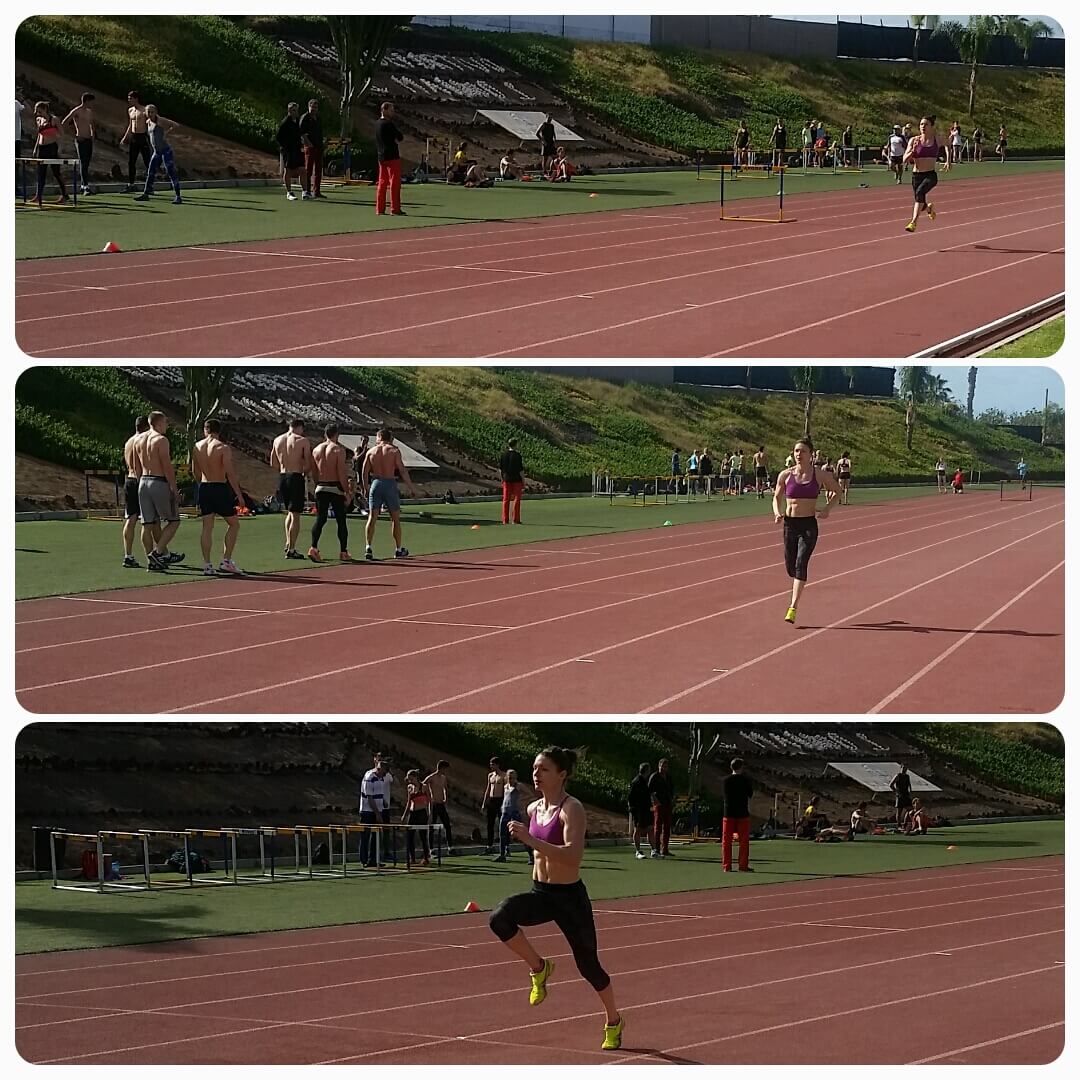 I’ve also done a couple of specific sessions for 400m, and my times are going in the right direction. Luckily, the weather hasn’t been too hot for those sessions because they are hard enough as it is!

Tenerife is a great place to train and there are athletes here from all over Europe. A big thank you to all of you at Bollington for helping me to be here! I’m off for an ice bath… 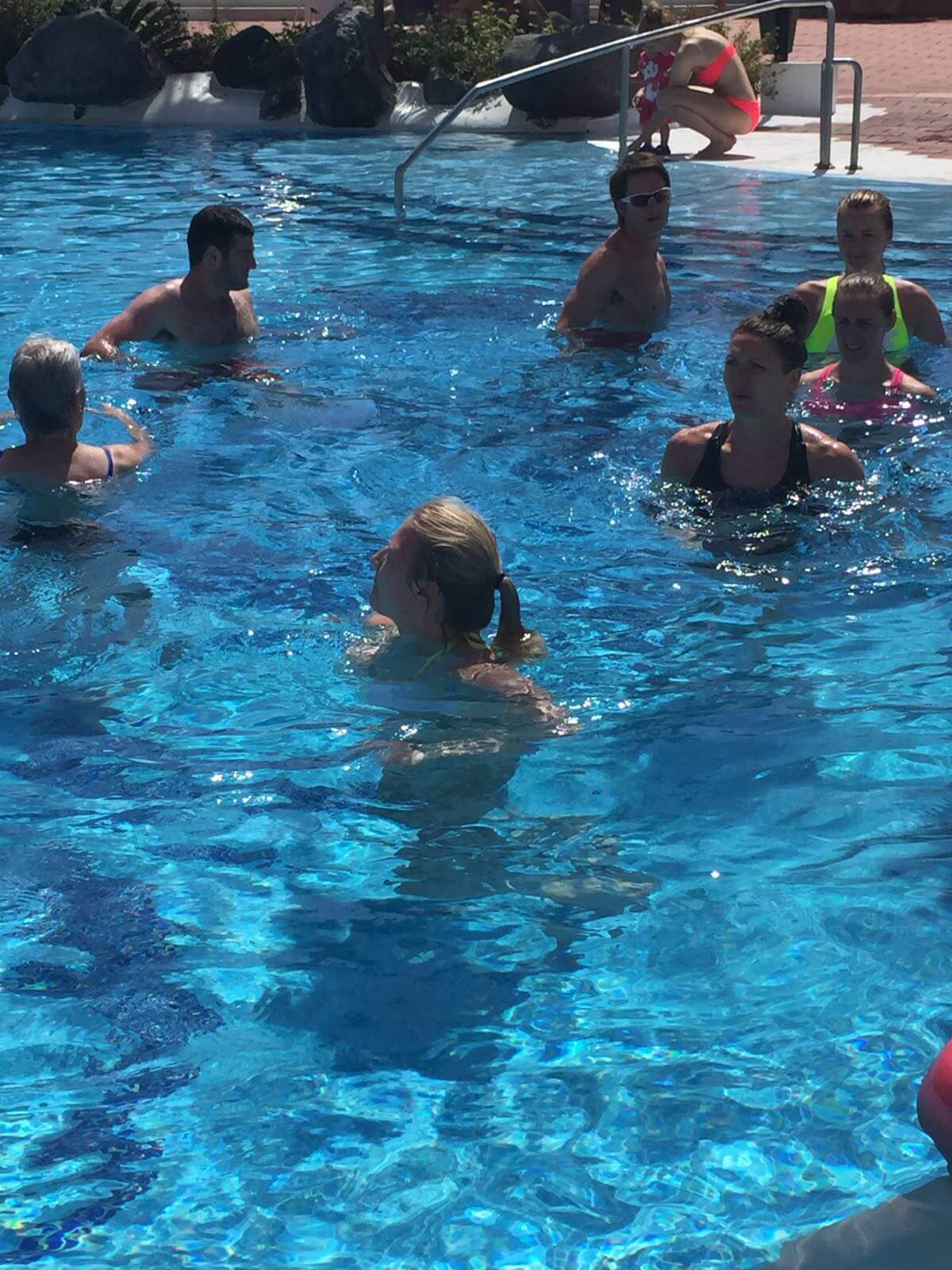 My second week of warm weather training has been really good. I’ve been doing a mixture of weights, pool sessions, speed runs and specific race training. Pool sessions are really good as you can replicate sessions on the track and still train the correct energy systems but without putting the strain on your body that the track does. So if you ever find your body hurting a bit, particularly your shins and Achilles you can swim, aqua jog or do exercises in a pool. You can even get specific aqua jogging belts to help you float.

My top speed is one of my weaknesses, so doing short 60m sprints and also 200m with long recoveries works on this. My last session of the week was 2 specific race runs which were split 400m. You run 250m, have 45 seconds rest, then run 150m. The idea is that the total time should add up to your best 400m time or less. You know you have run well when you have to get your friend to take your shoes off! 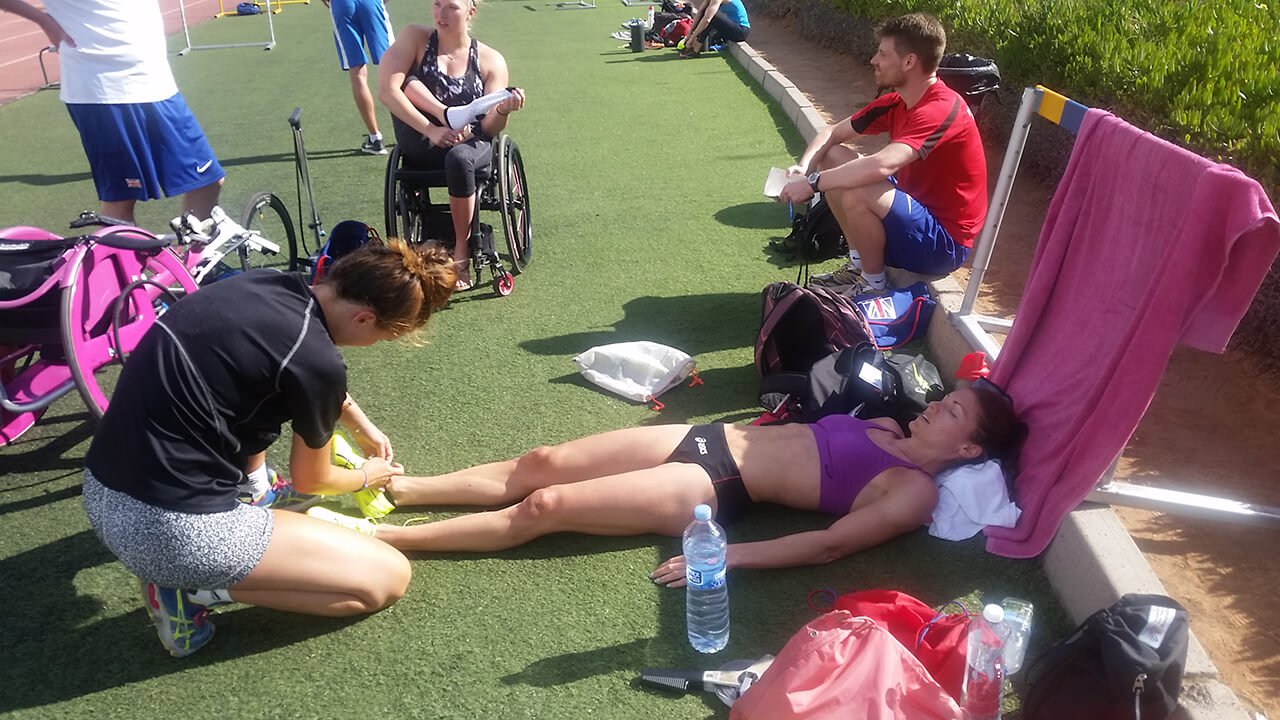 I followed this with an ice bath, a nice acupuncture session – and some chocolate! 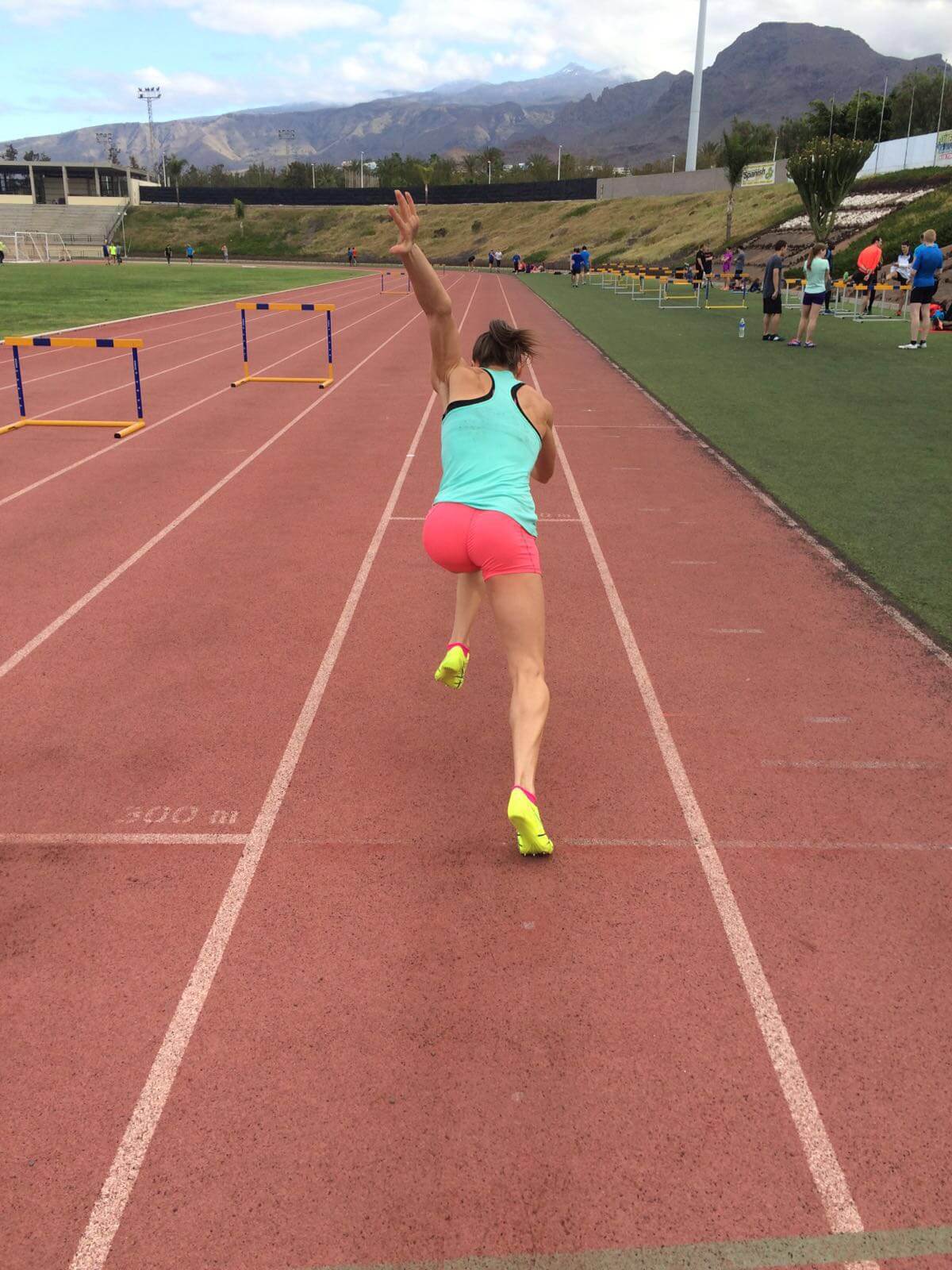 The last week of warm weather training was mainly just repeating some key sessions. I try not to compare my runs with previous sessions (or season) because the conditions and set up before the session will be different each time and affect the way you run. I can’t help it though, I want to see improvements even if I’m running in the cold and wet with my spikes on the wrong feet! 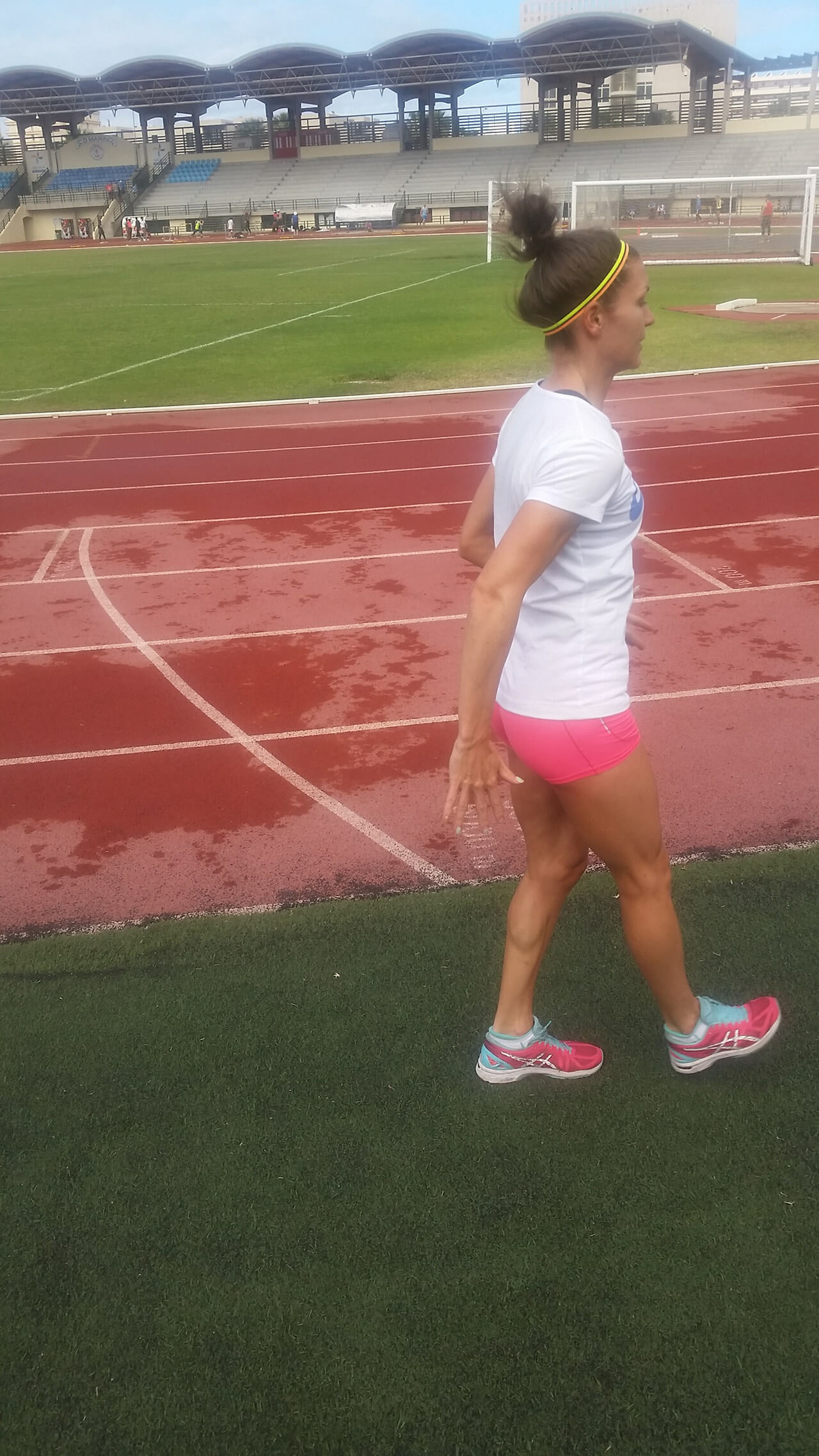 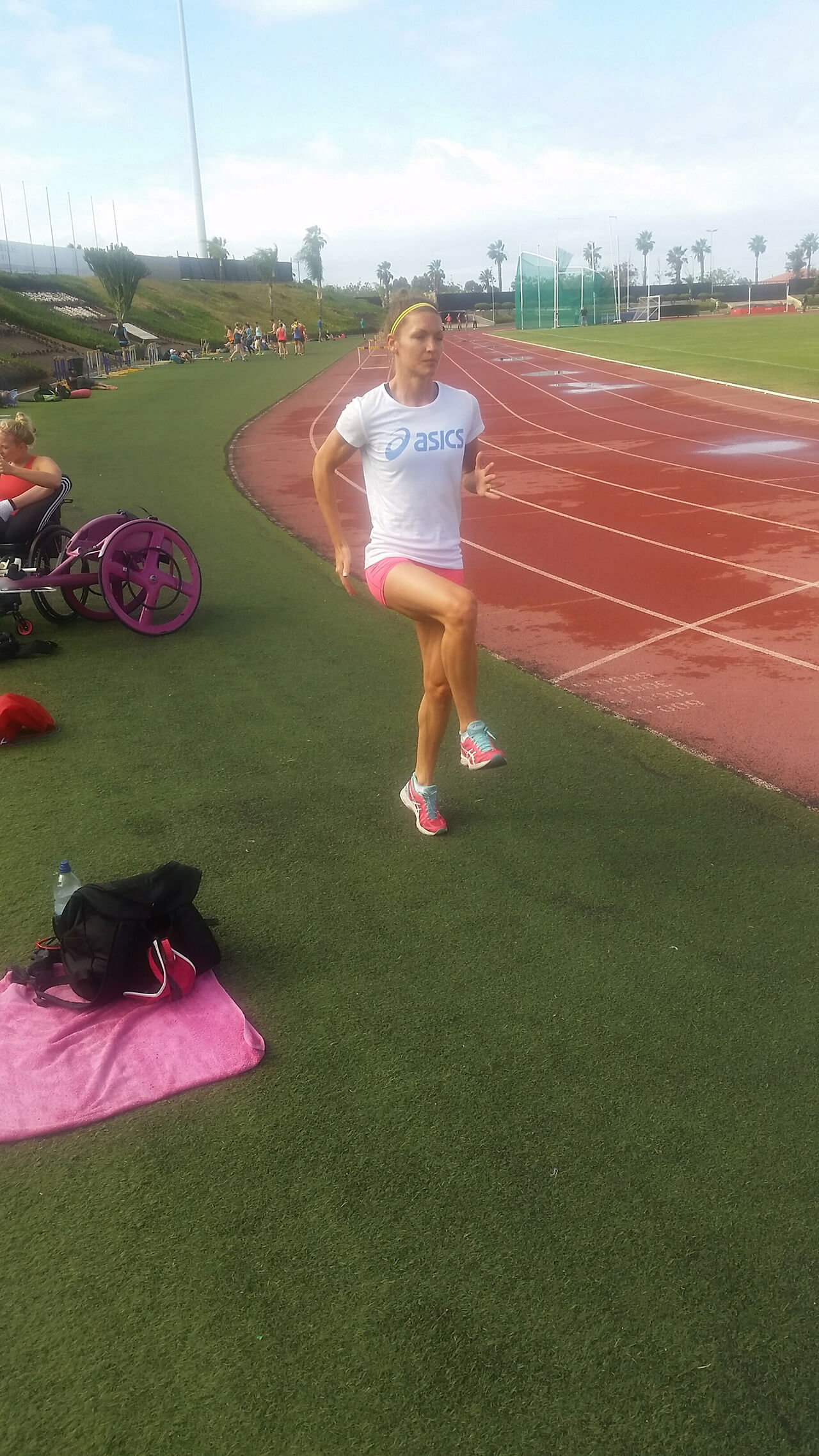 Apart from repeating sessions, the final week always finishes with a time trial. This was a 60 second run for distance which is pretty self-explanatory, you just have to get as far as you can in 60 seconds. I think I prefer these to set distances because you just focus on running and not where you have to get to. This usually results in me rolling on the floor for a bit followed by a lactic headache (just think of a hangover but worse). I was a bit down on my distance from last year but I’m not concerned as the wind was so strong it gave me a face lift, and last year I burnt out from being too fast too soon in the season.

It’s not only the running sessions on a track or in a pool – I’ve have to do weights, stretching and also technical drills. These are all done to make me more efficient when I’m running, and to reduce injury. I usually lift twice a week and do a full stretching session three times. It was nice doing that in the morning when it was quiet and the view was lovely. Technical drills are done before every running session and I think I’m going to meet up with some of the Bollington staff to do a session on them. 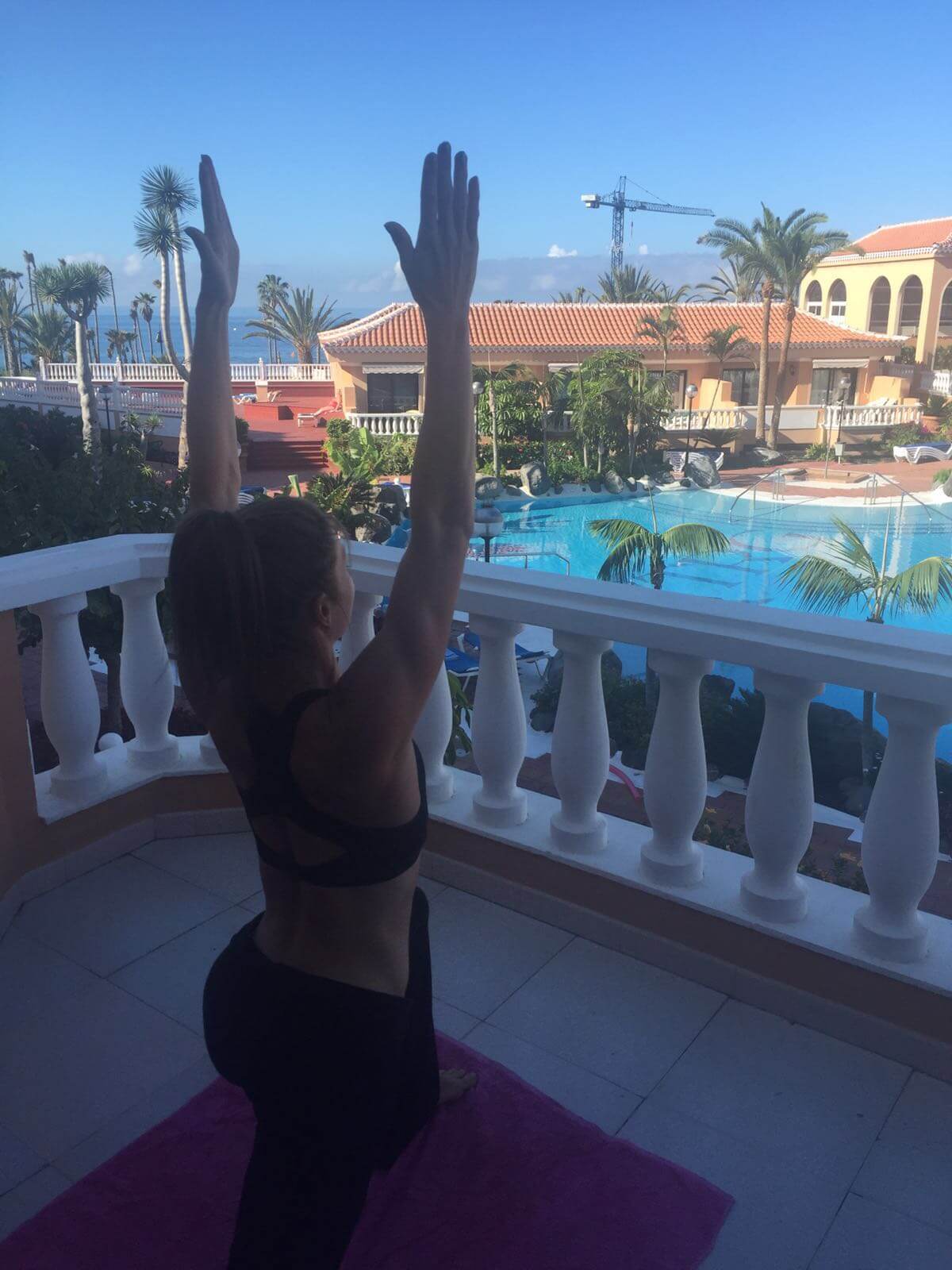 So I’m back at home now and the weather hasn’t been too bad so far. Things are starting to slot nicely into place and I’ve a week of training to get in before my first race in May.