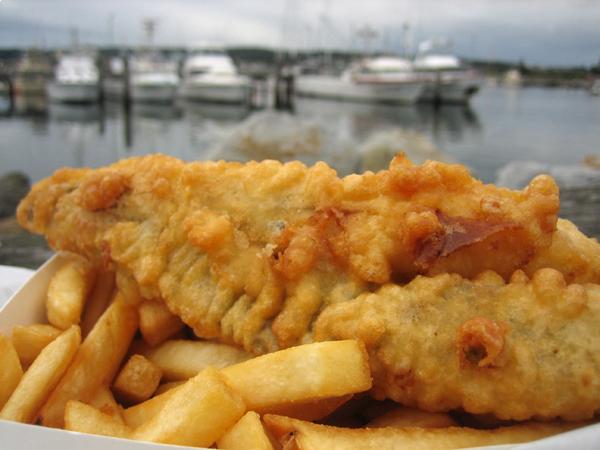 A thief who burgled a fish and chip shop in Essex escaped with a charity box after causing damage valued at around £400 and finding nothing in the till.

Fish ‘n’ Chick’n in Pitsea was broken into in the early hours of the morning. Police are looking at whether the incident may be linked to a burglary in Basildon the previous week, in which tobacco and cigarettes were taken from a locked cabinet at a newsagent’s.

The cost of being burgled isn’t always the value of the goods that are taken. When arranging your business insurance and retail insurance, it’s important to make sure you have good coverage for potential damage to your property as well as stock and equipment you keep on the premises.

In the Pitsea break-in, a charity tin containing around £10 that had been collected for the Help for Heroes organisation was taken. Fish ‘n’ Chick’n shops in Essex have raised around £25,000 for the former services personnel charity.

Shop manager Kyle Simmons said that the business put a lot of work into fundraising for the charity, with raffles and even a sponsored hike up Ben Nevis in Scotland.

He told The Echo: “It’s disgusting that the charity tin has been stolen as we have spent years fundraising for Help For Heroes.

“It’s really frustrating. We have got a new tin already. To be honest we normally secure it at night anyway but it happened to be missed that night.”

The shop’s CCTV captured images of a man kicking his way into the takeaway through the front door. He was pictured looking around the front of the shop and escaping the way he got in.

Sgt Angie Torrance, from Basildon Police, said: “The thieves caused £400 worth of damage after smashing a front window.

“These thieves are despicable to steal from charity and we would urge any witnesses or anyone with information to come forward.”