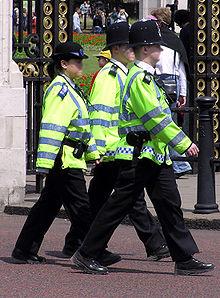 A children’s clothing shop that was targeted by thieves twice in just over a week has received an apology from police after an officer on a bicycle was sent to investigate.

Spoilt Brats Children's Boutique in Moreton, Merseyside, was broken into twice in December. In the first incident, thieves escaped with clothing and in the second, a masked gang got into the shop but left empty-handed. However, the owner’s husband, who runs a restaurant next door, was assaulted as the burglars escaped from the scene in a car.

If you run a retail premises, make sure you have a good business insurance policy and shop insurance coverage, both to protect stock and cover any damage to the building if you are a victim of crime.

Sam Islam, whose wife Deborah Cummings owns Spoilt Brats, told the Liverpool Echo: “I was in the restaurant cooking and my manager came up and said ‘I’m sure your shop alarm is going off’. I went to check and as I was going out I could hear the alarm.

“I was thinking it was a false alarm and went in the back... they were still in the place with the alarm screaming - that’s how cheeky they were.”

Mr Islam said other businesses in the area had also been targeted by burglars and he was disappointed by the lack of visible police patrols in the area.

He added: “My neighbourhood officers have since been to visit the shop to reassure the owner that we are investigating this incident thoroughly and we take these incidents very seriously. We are pursuing a number of enquiries in relation to both burglaries.”