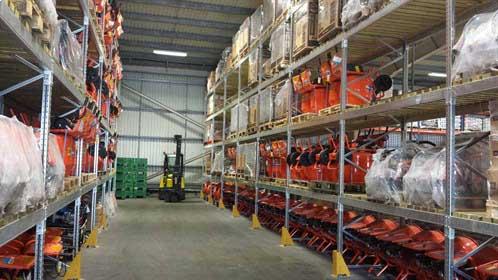 The construction and housebuilding retailer Travis Perkins has been fined £2 million after a customer was killed on its premises in Milton Keynes.

Mark John Pointer was killed in the Travis Perkins yard outside its building in Milton Keynes in November 2012 after being run over by a company vehicle operating in the area. Mr Pointer had been loading planks on the roof rack of his Land Rover when he fell backwards, got hit by the company vehicle and subsequently died of crush injuries.

If you run any business that is open to members of the public or comes into contact with couriers or delivery drivers, you should ensure that you have adequate public liability insurance in place. This will help you cover any costs that could arise from accidental death, injury or damage to property.

Representatives of Travis Perkins were sentenced at Amersham Crown Court for breaching the Health and Safety at Work Act of 1974, having initially denied causal link between the offences and the resulting death. This point was later conceded by the retail company.

Travis Perkins was fined £2 million and told to pay court costs amounting to £114,812.

Following the verdict, Martin Brown, the environmental health team leader at Milton Keynes Council, said: “We are pleased with the result and fine imposed as it reiterates the importance of treating health and safety seriously. Individuals falling whilst loading and unloading vehicles is a common risk. The company had failed to ensure loading and unloading activities were undertaken in a safe manner in a safe area.”

Judge Justin Cole, who oversaw the case, said it “was an accident waiting to happen”.