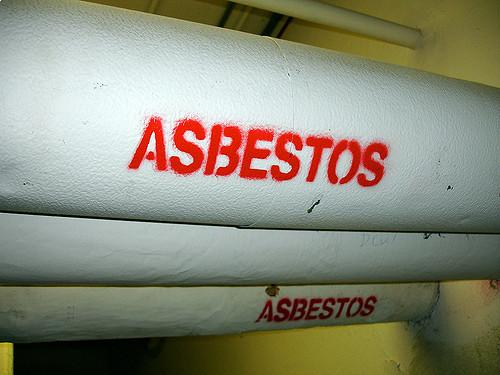 General Motors UK has been sentenced by Liverpool Magistrates’ Court after asbestos was found to have contaminated a site in Cheshire.

The UK arm of the American motor company was investigated by the Health and Safety Executive (HSE) following the exposure of asbestos during work at the company’s North Road site in Ellesmere Port in 2014. The HSE was particularly concerned about contractors being exposed to the risks associated with asbestos.

Cases like this highlight the importance of employers' liability insurance for any business that employs workers or contractors to operate in potentially dangerous environments. In order to protect employees, such businesses should follow the HSE rules and regulations, but should also have full insurance cover to ensure that their workers are protected should an accident occur.

The HSE discovered that suspected asbestos insulating boards (AIBs) were found beneath external cladding on a stores building at the site while contractors were replacing hot water boilers.

A risk assessment had originally been carried out by the contractors but was not subsequently updated when new pipework was switched from the roof to the side of the building. When the AIBs were discovered, there was inadequate records to check if there was a risk of asbestos contamination and General Motors failed to halt the work until more was known.

The work continued without the correct precautions, and subsequent sampling revealed the presence of asbestos. General Motors pleaded guilty to breaching of Section 3 (1)of the Health and Safety at Work Act 1974. The motor company was fined £120,000 and ordered to pay £11,779 in court costs.

Speaking directly after the hearing was over, HSE inspector Jane Carroll said of the case: “Asbestos kills around 5,000 workers each year — this is more than the number killed on UK roads. Asbestos can be present within any premises built or refurbished before the year 2000.

“Whenever asbestos containing materials are found to be present, companies have a legal duty to document and implement an Asbestos Management Plan which includes measures to adequately control the risk of exposure to asbestos fibres.”