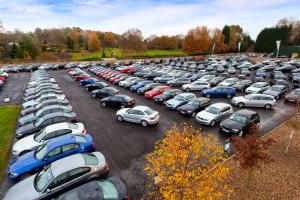 Big Motoring World originally announced its desire to expand its main operations at Blue Bell Hill in Kent last August, but now the used car supermarket has been given the go-ahead by local planning authorities. The 22-acre site, which was purchased in the spring of 2016, will now be fully developed to show off thousands of Audi, BMW, and Mercedes-Benz vehicles.

When a motor trader expands its businesses, adding premises or stock, it's important that it keeps its motor trade insurance and road risks insurance policies up to date to protect its growing businesses from unexpected losses.

The expansion of the Big Motoring World site near junction three of the M2 motorway will create more than 300 new jobs, according to the company. The used car specialist will also expand a seven-acre site in West Malling, which doubles the amount of vehicles on display at any one time and creates another 200 jobs. That means 500 jobs will be created between the two operations.

Peter Waddell, the chief executive of Big Motoring World, said of the ambitious expansion plans: “We are delighted to announce the vast growth of the company, which will deliver a great wealth of choice to our customers.

“These plans come after a number of highly successful years within the firm. Praise must go to my management team and staff who keep surprising me with the figures. Last year, we experienced a 281 per cent growth in sales, accompanied by a fruitful turnover of £175 million. This year looks to be even stronger.

“With the expansion to Blue Bell Hill, we are forecasting combined sales of 35,000 cars across our sites over the next two years, as the business continues to go from strength to strength.”