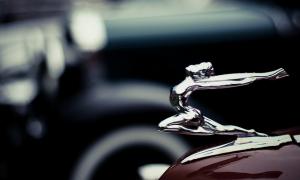 The son of oil tycoon Sir Ian Wood has been involved in a car crash while on a test drive.

Garreth Wood, 35, was taking a £250,000 luxury Rolls Royce for a test drive from a car dealership in Edinburgh when a woman crashed into the back of him. Nobody was hurt in the incident but minor damage was done to both the dealership’s vehicle and the 20-year-old Honda that rear-ended it.

Incidents such as this illustrate the value of having demonstration cover as part of a combined motor trade insurance policy. This will ensure that a dealership’s vehicle is covered while on the roads for the purpose of a test drive, although it is always important to remember that the customer taking the car out for a spin must present their driver’s licence and be accompanied by a member of staff for the insurance to be valid.

Mr Wood is the son of billionaire Aberdeen oil magnate Sir Ian Wood. He runs a chain of pubs and is married to the former Miss Scotland, Nicola Jolly.

According to the Edinburgh Evening News, Mr Wood had this to say after the event: “All was going well until I reached the Sighthill roundabout and I was rear-ended by a lady driving a 20-year-old Honda.”

It has not been revealed if Mr Wood decided to buy the borrowed vehicle or not.