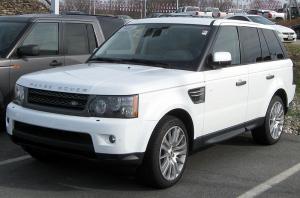 More used car buyers are turning to 4x4s as we approach winter, according to figures from Auto Trader.

It reported a 9.1 per cent increase in sales of both large and small 4x4s compared to a year ago. For trade sellers it is important to ensure you have the relevant road risks insurance policies and motor trade insurance in place, to protect both customers and your own business.

BMW and Range Rover 4x4s dominated Auto Trader's list of the most searched for offroaders on its website in the three months to September. The five most popular searches were for the BMW X5, Range Rover, Range Rover Sport, the BMW X3 and Mercedes-Benz M-Class.

Auto Trader’s Karolina Edwards-Smajda said: “The current increasing levels of used car transactions are a bi-product of the strong new car registrations that have been experienced over the last few years, with these vehicles now re-entering the used car market.”

The Auto Trader figures reflect recent data from the DVLA, which said that used car sales as a whole increased by three per cent in the third quarter of the year compared to the same period in 2014. In the year to date, the figures showed a 4.2 per cent rise in used car sales.