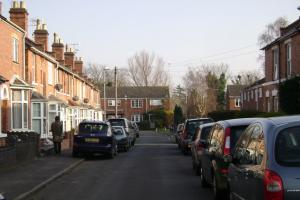 A car dealer in London has been hit with a penalty of more than £700 for selling vehicles from a residential address.

Hasan Tasoglu, of Ash Grove in Enfield, was prosecuted by the local council after residents complained about the street being used as a dealership forecourt. An investigation found cars being advertised for sale and when warnings were ignored the vehicles were seized and Mr Tasoglu was fined, the Enfield Independent reported.

A road risks insurance policy might allow an independent car dealer to drive the vehicles they are selling around the streets, but they cannot use the streets to store their stock. For dealers operating out of a business premises, a combined motor trade insurance policy can protect the cars that are kept on site, along with tools and equipment, members of the public, employees and the building itself.

Officers say that when they first responded to complaints from neighbours they found three cars for sale on the street, prompting them to leave a warning. One of the vehicles was removed but two remained, so officers seized the vehicles and discovered they were owned by Mr Tasoglu.

In an interview the car dealer admitted that he did not have a licence to trade in the street. He was ordered to pay a £100 fine and £600 in costs, as well as a £20 victim surcharge.