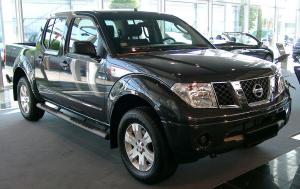 A car dealer in Derby has been given a suspended sentence after he sold a vehicle privately to solve his financial difficulties.

James Croft reportedly changed the name of a car’s logbook and MoT certificate, which belonged to the car dealership he worked for, to his own before selling it on. His bosses were kept in the dark over his actions, through which Mr Croft obtained over £5,000.

Not only did Mr Croft’s crime result in him leaving the NK Motors dealership, it could also become an issue with future employers when it comes to being named on a motor trade insurance policy. When naming drivers on a road risks insurance policy so they can drive other people’s vehicles for business purposes, criminal convictions such as this will mean that they will be not be able to be added to the cover or, if they are allowed, then it will likely result in a higher price.

At Derby Crown Court Mr Croft admitted two counts of fraud by false representation and was given a six-month jail sentence suspended for two years, the Derby Telegraph reported. The court heard that the salesman was found out after the customer he sold the Nissan Navara to returned to complain, only for the bosses to say they had no record of the sale.