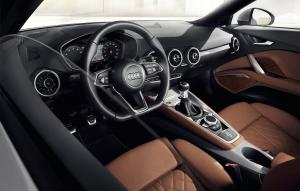 A second-hand car dealer and a mechanic have both been jailed for clocking thousands of miles off Audi TT vehicles, altering MoT certificates and selling on unroadworthy models to unsuspecting customers, reports the Coventry Telegraph.

Mr. Harvey pleaded guilty to four charges of fraud and received a 12-month jail sentence while Mr. Mistry was given six months for making or adapting articles for use in fraudulent activities.

There are, of course, a number of legalities to cover when running a car dealership, and key among keeping your business, customers, stock and premises safe is your motor trade insurance. You should also have a good level of road risks insurance to cover all legal eventualities.

Tony Watkin, the prosecutor in the case, said Mr Harvey had twice been given warnings about using misleading disclaimers on his vehicles such as ‘sold as seen’.

“But there were systematic breaches by him of consumer trading regulations.”

Judge Alan Parker told Mr Harvey during the court hearing: “What makes this case particularly serious was not only the creation of false invoices to describe a history which was untrue, but that it also involved, as part of a joint enterprise between you, the creation of a false MoT certificate or the doctoring of an MoT certificate.

“What you and Mr Mistry were doing was seeking to undermine the integrity of the information which is stored and provided to members of the public. You abused the responsibility you had not to mislead people.”