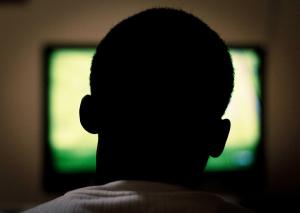 Thieves in Grimsby are suspected to have used the decoy of an England World Cup match to carry out a robbery at a local car dealership.

North Thoresby Autohouse was broken into at around 11.45pm on Saturday 12 June, at which time England were playing their opening game of the World Cup against Italy, with thieves stealing three vehicles and causing thousands of pounds of damage to the premises. With an estimated 16 million people in England watching their nation’s defeat, many streets were deserted and police believe that this was a deliberate ploy used by the robbers.

While even the best motor trade insurance policy cannot protect you against the pains of watching England at a major football tournament, it can protect companies from the threat of opportunistic thieves. Speaking to expert brokers such as Bollington can ensure a firm gets the right policy to meet their specific business needs, ensuring they have cover for the building, their vehicles and any tools and equipment kept on site in instances of crime like this.

According to the Grimsby Telegraph, a Land Rover Freelander was stolen during the break-in, which was later found burned out in Stainton-le-Vale. The vehicle is thought to have been used to ram the gates at Louth Tractors on the town’s Fairfield Industrial Estate from where two quad bikes were stolen.

A red Volvo and a silver VW Passat were also taken from the North Thoresby car dealership. Police say the thieves broke a hole into the side of the building, broke a padlock on the main door, and raided the office, causing around £5,000 of damage above and beyond the costs of the vehicles stolen.