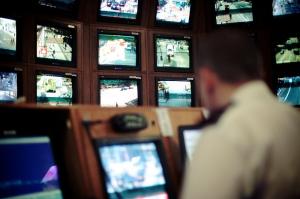 A garage owner is facing the risk of having to close his business after thieves stole two cars from the premises.

Nigel Smith arrived at his garage - NCS Car Sales and Repairs in Kidsgrove - to find that thieves had smashed through the gate and made away with two vehicles. As well as a Mazda estate and a van, tools and sets of keys kept inside the premises were also stolen in the raid, leaving Mr Smith in a situation where he does not know if the business can continue.

According to the Stoke Sentinel, the total value of the goods taken is around £16,000, not including the damage done to the building. Mr Smith, 41, who was also the victim of an arson attack four years ago, is reportedly now considering shutting down the garage, which sells second-hand cars and carries out MOTs and repairs.

He said: "I don't know if I'm going to continue trading here. I had the arson attack four years ago and it took a while to sort out after the yard was on fire and I couldn't deal with something like that again."

Police are now studying CCTV and appealing for witnesses to come forward following the break-in.