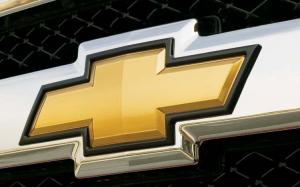 The Land Rover Discovery was the fastest selling used car in the UK last month, new figures have revealed.

According to Glass's monthly Hot Five list, Land Rover's latest release has been flying off dealers' forecourts as the low supply struggles to satisfy the intense demand. Strangely, Dacia and Chevrolet made up the rest of the top five with each of the budget manufacturers having two of its cars on the list.

Market insights such as these are important for helping car dealers small and large alike cater their stock to what car buyers are after. However, it is always important for businesses to bear in mind that drastic changes to the volume or type of stock they deal with could render their road risks insurance or combined motor trade insurance policy inadequate, so this insurance must be reviewed on a regular basis.

Rupert Pontin, Glass's head of valuations, said: "It's interesting that July’s ‘hot five’ has one prestige and two budget manufacturers, perhaps underlining predictions that the market will move further and further away from the middle-market."

He added: "It could be that Chevrolet's withdrawal from the UK market could prove to have been a little premature."