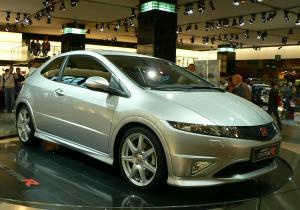 A specialist Japanese car dealership in Hendon has been left stunned after brazen criminals drove away with one of the company's vehicles.

A police investigation has been launched into the robbery in which two men entered the Japanese Trade Centre in Harmony Way on Wednesday 11 March telling sales staff that they were interested in buying a car. They were given the keys to a Honda Civic so they could listen to the engine but the pair proceeded to get into the car and drive away, never to return.

The manager of the dealership says it is the first time that any such incident has taken place, leaving the business red-faced and needing to call upon its motor trade insurance policy. This insurance protects a dealership or garage's vehicles that are stored on site in case they are stolen or damaged - but it is important to put procedures in place that prevent criminals getting away with easy thefts, as they did in this instance.

According to the Hendon & Finchley Times, the car stolen was a silver Honda Civic with the number plate EJ07 ZVT. Staff are appealing for any information that will help them find the car, and are willing to offer a reward.

Ron Tilla, who has worked at the car dealership for 20 years, said: “We are still all in shock. It’s the first time it has happened. My manager thought they were just messing about, but they did not return.

“I want to catch the culprits, as these people need to be stopped. Luckily no one was hurt.”