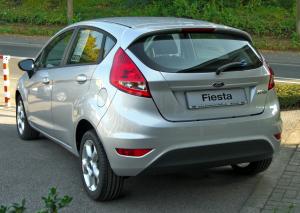 The Ford Fiesta has officially become the UK’s best selling car of all time.

Car dealerships – both new and used – will be keen to note the popularity of the Fiesta, with it also topping second-hand sales lists on a regular basis. Nevertheless, regardless of what stock a dealer chooses to have on their premises, it is vital they protect it against damage or theft by obtaining a motor trade insurance policy that covers the full value of the vehicles on site.

“It continues to outsell its nearest retail competitor by more than two to one – and that really tells the story of this extraordinary car.”

In terms of the specifications that prove most popular, the company says that 40 per cent of Fiesta buyers opt for the turbocharged 1.0 litre EcoBoost engine. Furthermore, 90 per cent now also choose higher-level specification models such as the Ford SYNC voice-controlled connectivity system.