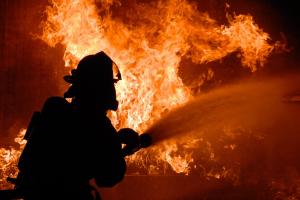 Police are investigating the cause of a fire which caused major damage to an MOT centre in North Wales.

The blaze at the garage in Colwyn Bay caused smoke, heat and fire damage to the building, as well as a car that had been left inside overnight. It also caused damage to a nearby house.

The incident shows how important it is to have the correct level of motor trade insurance in case of disasters such as fire or flooding at a business, as well as damage and theft at the premises.

Furthermore, car garages need combined motor trade insurance so that they have cover for customers' cars that are left at the premises while repairs are carried out - without this cover the business will have to foot the bill if a customers' car is somehow damaged, destroyed or stolen while on their site.

The fire at the MOT centre, which is located less than 100 metres from the town’s high street, was tackled by two crews from the North Wales Fire and Rescue Service. The firefighters spent an hour bringing the flames under control and a further three hours at the site damping down.

A spokesman from the service told the Daily Post: “The fire caused 100 per cent smoke damage, 70 per cent heat damage and 30 per cent fire damage to the building. Investigations into ignition are ongoing.”

The Welsh Ambulance Trust was also alerted about the blaze but did not attend as no one was in the building at the time of the fire.