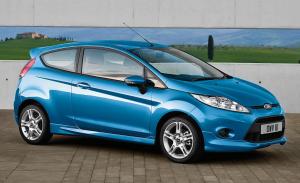 A man and woman in Oxfordshire have made off with a vehicle after taking it out for a test drive and not returning.

The couple went to Wheelers Car Sales, a car dealership in the market town of Chipping Norton and asked to take an electric blue Ford Fiesta Zetec out for a spin. They drove away in the three-door car and did not come back, while the silver Audi A3 they arrived at the dealership in was driven away by a third party shortly after the pair went on the test drive, the Banbury Guardian reported today (10 June).

For companies looking to provide test-driving services as part of their sales approach, it is very important they have demonstration cover in place as part of a combined motor trade insurance policy. Moreover, it is essential that they fully understand the criteria that must be met in order for this type of insurance to be valid.

Demonstration cover will only come into effect if the potential buyer has provided a valid driving licence and – crucially in this case – if there is a member of staff from the car dealership in the vehicle with them. It is therefore not advised that firms allow customers to test drive cars by themselves; not only could it increase the risk of incidents such as this, but it would also invalidate insurance cover should an accident occur involving that vehicle while it was out on the roads.

Police hunting the Wheelers Car Sales thieves say they are looking for a white man, around 5ft 4in tall, aged about 30 year with short, cropped spiked blonde hair. The woman is white, around 5ft 3in and slim, with long black hair. Both spoke with Welsh accents.

Anyone with any information regarding the incident is being urged to contact PC Henry Gillingham of Witney Police Station.