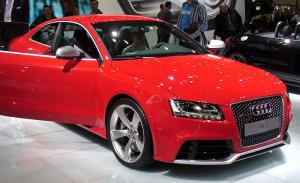 Thieves have stolen two vehicles, worth more than £100,000, from a Scottish car dealership.

The robbers made away with a red Audi RS5 worth £60,000 and a blue Audi S5 worth £43,000 – both were taken from the John Clark Motor Group in Abbotswell Road, Aberdeen on Friday night (12 September). Both the new cars were unregistered and did not have any licence plates when they were taken, the Aberdeen Press and Journal reported.

With a combined market value in the six figures, it is easy to understand why car dealerships are so often the targets of criminals, particularly those selling high-end vehicles. Nevertheless, whether selling luxury models or second hand hatchbacks, a dealership must ensure it has a combined motor trade insurance policy to cover the vehicles it stores on its premises, lest the business be left with huge gaps in its revenue as a result of incidences like this.

Scottish police confirmed they were investigating the theft at the John Clark Motor Group outlet, although the dealership has not made any comment about the burglary. Police have appealed for anyone with any information, or who might have seen the vehicles, to get in touch.

Audi bosses have issued a warning to its car owners in the Aberdeen area to “be vigilant” following a spate of thefts of Audi models and BMWs in recent months.