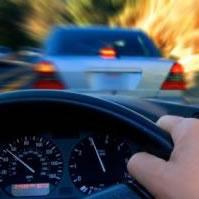 The owner of a garage in Sunderland arrived at work last week to discover that vandals had caused thousands of pounds worth of damage to two of his cars.

Bhavesh Patel, owner of the Jet Garage in Pallion Road, found that a Nissan Patrol 4x4 and a Suzuki, both of which were parked at the garage overnight, had been damaged at some point between Wednesday evening and Thursday morning last week.

Mr Patel's misfortune serves to highlight to other garage owners the importance of having a solid combined motor trade insurance policy in place. This would ensure that all vehicles parked at the garage would be covered against vandalism and theft, as well as all tools and other equipment stored on site. It would also cover business premises against damage, be that malicious or accidental.

Mr Patel told the Sunderland Echo that the damage to the two vehicles was extensive: “I’ve lived here for 18 years and I’ve never had anything like this happen before. The damage is really bad, to the roof, the bonnet, the spare wheel.”

Following the unhappy incident, the local police are now investigating. A spokeswoman for Northumbria Police confirmed: “Police are carrying out inquiries after receiving a report of two cars being damaged at a garage in Pallion Road.”

With substantial costs likely to be involved in fixing the vehicles, a good motor trade insurance policy will ensure that Jet Garage is not left to foot the bill.