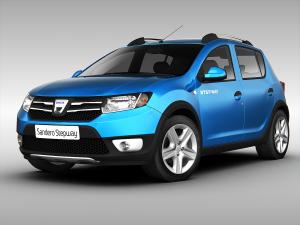 SUVs and crossovers have topped the list for the fastest selling used cars in November, according to Glass's latest 'Hot Five'.

The Hot Five list is based on 300 car models, which have been subjected to more than 50 price observations throughout a four week period. According to the results, the Dacia Sandero Stepway, Hyundai Tuscon and Vauxhall Antara dominated sales, while the Renault Captur and Dacia Sandero placed in fourth and fifth.

Commenting on the changes in consumer habits, Glass's head of valuation, Rupert Pontin, stated that the results of the list reflect a growing market for 4x4s and SUVs that "shows no signs" of slowing down, particularly as winter approaches.

However, Mr Pontin suggested that it was surprising that the list is dominated by value and semi-value brands, rather than luxury car manufacturers.

He continued: "There is no sign of any of the prestige manufacturers. Buyers of these 4x4s and SUVs, as you can see from the relatively modest selling prices, are looking for well-priced daily transport."