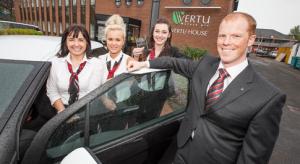 According to the company’s recently announced financial figures, pre-tax profits have jumped 24 per cent from £21 million to £26 million. Meanwhile, revenues also climbed from £2.07 billion to £2.42 billion during the same period.

If confidence in the car dealership market has encouraged you to add more vehicles to your showroom, be sure to check you have adequate levels of insurance to cover your new stock. As well as your general motor trade insurance and road risks insurance, you should consider upgrading to a combined motor trade insurance policy, which protects the facilities as well as the contents of your site.

Vertu Motors, which operates 127 sales and aftersales services across the UK, has added 16 car dealerships to its business since March 2015. The additional showrooms were for brands such as Land Rover, Audi, Volkswagen, Mercedes-Benz, and Honda, among others.

Due to its expansion and a drastic improvement in its aftersales business, gross margins have risen to 44.8 per cent. The previous year’s figure was 43.5 per cent. Furthermore, the car dealership group says that it has £35 million in the coffers to continue its expansion plans.

Robert Forrester, the chief executive of Vertu Motors, said of the record figures: “We have delivered significant revenue growth which, together with tight control of costs, has resulted in record profitability.

“We are particularly pleased with our aftersales performance. The last three years of strong new-car sales, coupled with the group’s success in selling service plans to used car customers, provides the group with good visibility of this recurring high margin income stream.”