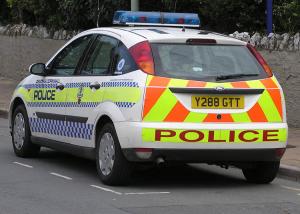 A high street car garage in West Coker has become the latest victim of ram raid thieves who smashed through the walls and stole a cash machine inside.

Thieves targeted West Coker Garage, which runs a petrol station and shop as well as providing MOT tests and servicing, at half past four this morning (Thursday 24 April), the Western Gazette reported. The culprits smashed walls and windows to enter the premises and once inside the shop they made away with a cash machine.

For any car garage that also runs as a petrol station with a shop on site, this is a timely reminder of the additional risk posed by opportune thefts. These risks can be negated if your motor trade insurance policy includes cover for the shop, as well as the vehicles and tools used within the repairs and servicing aspects of the business, not to mention the physical building itself.

Similar to another ram raid robbery, in the area a fortnight ago, police revealed that the thieves used a car to break through the walls of West Coker Garage before wheeling the freestanding cash machine away on a trolley. A spokesperson from the garage claimed that there “was not a vast amount” inside the machine.

Avon and Somerset Constabulary have launched an investigation into the incident with police appealing for anyone who may have seen a Mitsubishi Shogun at the time of robbery to come forward.