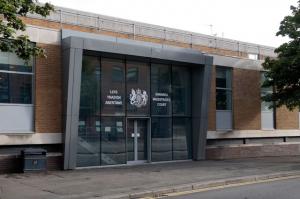 An employee of a car dealership is awaiting sentencing after being found guilty of conning the business where he worked out of £44,000.

Daniel Joseph O'Connell worked in the service centre of Bassetts Honda on Swansea Enterprise Zone. At a hearing at Swansea Magistrates Court it was revealed that the 28-year-old had created 54 fraudulent transactions worth £44,251 across a two-year period.

It demonstrates that not all the threats a business faces come from outside - often the internal threats can be the most dangerous. Nevertheless, it is important that car dealerships and garages defend themselves against theft by protecting their assets - including tools, equipment, cars and money stored on site - with a comprehensive motor trade insurance policy.

According to the South Wales Evening Post, when Mr O'Connell found out he was under investigation by his employer he made away with one of the firm's cars - a Honda Jazz. It soon transpired that he had been fraudulently charging customers for work that he had done on their cars.

He will appear for sentencing at Swansea Crown Court on 13 July.