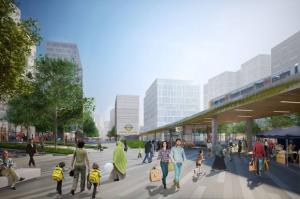 Plans have been submitted to turn the world's largest used car dealership, which is based in London, into a "new Little Venice".

The 46-acre site run by Cargiant sits between the Grand Union Canal and Willesden Junction station in England's capital. The dealer has revealed that it no longer wants to use the sprawling space to stock its vehicles, but instead spend £5 billion to transform the huge plot of land in central London into a new town.

It will mean the owners are no longer worried about getting a great combined motor trade insurance policy to protect all their used cars, but instead with creating popular canalside cafes and restaurants.

The Evening Standard reports that it is "the biggest stretch of land in the hands of a single private owner in Britain’s largest regeneration zone". As well as creating a complex of places for people to eat and drink, the site, which will be renamed Old Oak Park, is also going to boast 9,000 homes, a high street, public squares, schools, health centres, offices and a new Overground station called Hythe Road.

Tony Mendes, managing director of the used-car supermarket, commented: “Cargiant has been based at the heart of Old Oak Common since 1985, employing over 700 people and indirectly supporting a further 2,000 local jobs, we are an important piece of the west London community.

"While we are something of accidental developers, we feel a real sense of responsibility to deliver the homes and jobs that London needs."