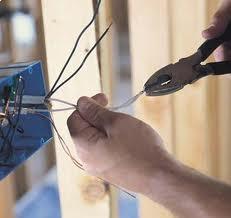 The owners of a pub and the landlords of several properties have been awarded £2 million in damages following a blaze at a tenement building in Glasgow, reports Scottish Legal News.

The owners of Archie’s Bar and the proprietors of several properties connected to the same tenement took Scottish Power to court over a blaze which destroyed the buildings. The Court of Session subsequently found that Scottish Power was wholly responsible for the fire.

If you’re running a pub or bar and want to protect against any unexpected accidents, damage or court costs, be sure to get a quote for pubs and bars insurance.

The fire broke out on 12 October 2005 and caused such massive damage to connected properties on Waterloo Street, Wellington Street and Wellington Lane that the building had to be demolished. It all began a few days prior when a sink was removed from the unoccupied premises known as Rabbie Burns Tavern, which subsequently caused flooding in Archie’s Bar below.

In passing judgement in the case, Lord Boyd of Duncansby said: “In my opinion the defender’s duty of care extended in this case to a duty to cut the supply to the premises by cutting the cable. They were the company that supplied power to the premises. The equipment in which the fault started was their equipment.

“The dangers of leaving the equipment energised in the circumstances before them were in my opinion plain and obvious. The possible consequences of doing so were also well known.”