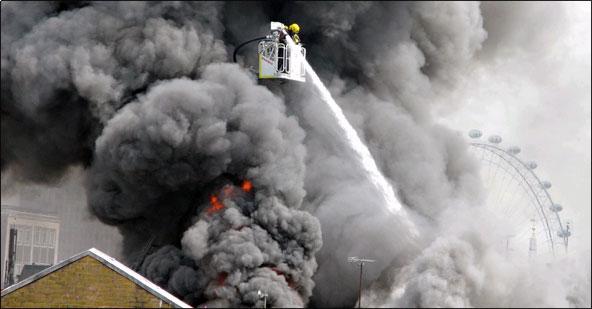 The owner of a car repair shop in Huntingdon, Cambridgeshire, is determined not to let an attack by arsonists in September stop him from operating in the area.

In fact, there are plans for the site to reopen some three times the size of the previous operation, just four miles down the road. Phil Whitaker, the owner of Fix Auto Huntingdon, is planning to open the new repair centre in a 24,000 sq ft unit that will have the capacity to repair some 75 vehicles per week once built. The new site will sit alongside Whitaker's existing Fix Auto body shops in Peterborough and Spalding, and there are even plans for a fourth site in the future.

Reopening after a fire or flood is usually only possible if you have comprehensive approved repairer bodyshops insurance, which will cover the costs involved with getting a business back up and running following an arson attack, accidental fire or flood damage. This type of insurance can also cover costs involved with theft, as well as damage to vehicles, equipment and premises.

Whitaker made the following statement about his plans: “I’m not one to sit back and let things take their course. I said at the time that as devastating as it was, I would not let the arson attack deter me and my business from doing what we do best, and that’s providing a first class service.

“It’s fair to say I was glad to see the back of 2016 but what we are trying to achieve – from taking the business that was devastated by arsonists in September to opening a brand new centre in what should be six months - is a monumental achievement made possible by the support I have been given from within my team.”