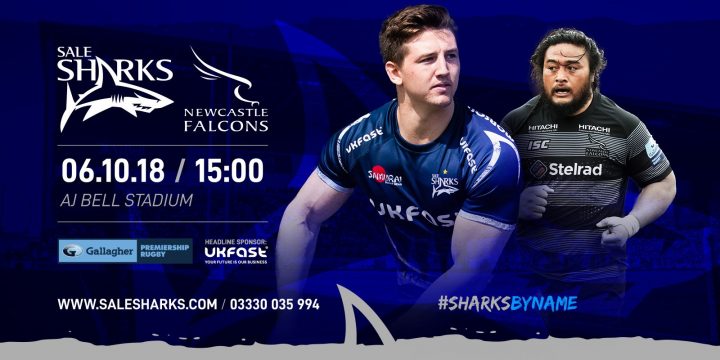 Bollington Insurance is the matchday sponsor for tomorrow's Gallagher Premiership Rugby game between Sale Sharks and Newcastle Falcons, kicking off at 3pm.

Prior to the match, Bollington-sponsored player Chris Ashton will be on-hand to sign autographs and take Sharks selfies outside the Sharksmobile, beside the ticket office.

Why not come down to the game early and meet the England international, then join Bollington in backing Sharks as they aim to kick-start their season against Falcons?

Bollington has worked in partnership with Sale Sharks' 100 Club over the last two seasons, helping rugby clubs taking part in the scheme across North West England to save at least 10% on their club insurance premium, and offering donations to clubs whose players progress through Sale Sharks' DPP and academy programmes.

The Sale Sharks 100 Club has been a great success, donating £20,000 back to clubs in its first full season and delivering free coach education support to over 600 local coaches, helping to secure the development of future talent in the region.

This season has also seen the launch of a new matchday Half-Time Challenge - a kicking competition involving 100 Club members throughout the region, offering a £2,000 prize and 500 free tickets to the winning club. The leader board is currently topped by Altrincham Kersal RFC - can they be beaten tomorrow?

Bollington looks forward to continually supporting the 100 Club community, furthering the development of grassroots rugby across the region.

To find out more about Bollington's partnership with Sale Sharks 100 Club, visit the Sale Sharks website.