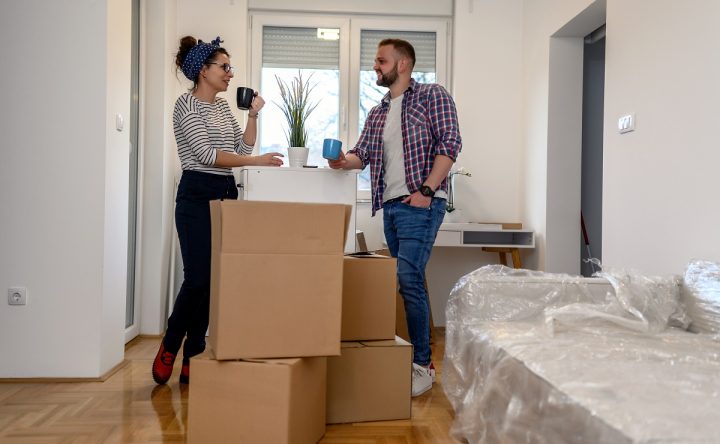 A 2020 YouGov survey found that 63% of private landlords either operate an outright ban on letting to DSS tenants or say they prefer to avoid them. But in that same year, a historic hearing at York County Court declared Housing Benefit discrimination as unlawful and ordered a landlord to pay £2,000 in damages.

It’s apparent there are conflicting views. Those who say no to DSS tenants will point to an overcomplicated benefits system that creates uncertainty surrounding payments. In contrast, certain landlords jump at the chance of guaranteed occupancy and extra cash flow. To add further fuel to the fire, some buy-to-let mortgages and insurance policies prohibit landlords from renting to DSS tenants.

So, should landlords take on DSS tenants? And if so, at what risk?

In this guide, we’ll weigh up the balance. Here you’ll find tips for dealing with DSS tenants, information about your responsibilities as a landlord, and the importance of getting the right insurance in place. But first, let’s define the term ‘DSS tenant.’

What is a DSS tenant?

The phrase ‘DSS’ stands for the Department of Social Security, which used to be the government agency responsible for benefit payments. The DSS no longer exists, and it is now called the Department for Work and Pensions (DWP).

If someone is a ‘DSS tenant’, it means that they receive support from the state due to unemployment, disabilities, and/or living as a single parent. It’s important to understand that DSS tenants are some of the most vulnerable members of society, and many desperately need permanent accommodation.

The amount of money a DSS resident receives will depend on their circumstances, but all must be 18 or over, not have savings over £16,000, and not be in full-time education or training. These tenants will generally tell landlords upfront that they are DSS registered, as they are required to notify their housing officers before taking residence.

It’s a good question and one that’s not simple to answer.

The bad reputation given to DSS tenants is partly due to the way money is processed by the government. Whereas payments used to be sent directly to landlords, the move to Universal Credit means cash now goes into the tenant’s bank account before being handed over. This transfer of responsibility to the claimant has upset many property owners, who fear that they won’t get paid on time. However, it’s worth pointing out that there were often lengthy delays in processing payments under the previous model. With monthly mortgages to pay, many landlords avoid the stress and cost of recouping any losses by simply opting out. When we consider that many DSS tenants have rent higher than their Housing Benefits, it becomes a bit clearer why the 63% mentioned earlier choose to look elsewhere.

Then there’s the perception of the DSS tenants, which makes some landlords reluctant to let to them. Rightly or wrongly, there are numerous news stories that describe how some DSS tenants have destroyed private rental properties. In reality, though, these cases are in the minority.

Generally speaking, DSS tenants want stability to get back on their feet, which means long-term leases and guaranteed income for landlords. In addition, the social housing market struggles to keep up with demand, causing a backlog of people ready and waiting to move in. If you’ve recently bought a property or your property is unoccupied, and you are struggling to find tenants, this is the perfect way to get money moving through the front door. Sign up to sites like DSS Move, and you can quickly find tenants without having to go through a costly letting agent.

As we’ll see a little later on, purchasing a landlord insurance policy will go a long way to easing any fears about loss of rent and potential property damage.

Likewise, as with any other rental approval, you’re legally required to produce a tenancy agreement and a letter confirming housing costs. This documentation should include:

Please be aware that Universal Credit housing costs do not include money for rates, so you’ll need to highlight these in the tenancy agreement. If your tenant claims Rate Rebate, you must register a Landlord Rate Rebate account online.

Typically, Universal Credit is paid as a single, monthly fee sent in arrears directly to the claimant’s bank account. To help support your DSS tenants through these changes, the government recommends reading this guide — which all claimants receive once signed up. It’s a fantastic resource for understanding what your tenants are going through.

What does DSS landlord insurance cover?

The great news is that all of our DSS insurance policies are the same as standard landlord’s cover. There’s also limited restrictions on who you rent to. That means whether you’re worried about accidental damage or property becoming unhabitable, we’ll find you a policy that provides greater peace of mind.

Here are a few things that our landlord insurance policies cover as standard:

In the best-case scenario, you’ll have a tenancy agreement between you and the resident directly (as opposed to with the council), which reduces risk when seeking cover. To get a quick quote and discuss your circumstances, call our team today. You’ll also find some helpful information in our landlord’s guide to tenant reference checks.