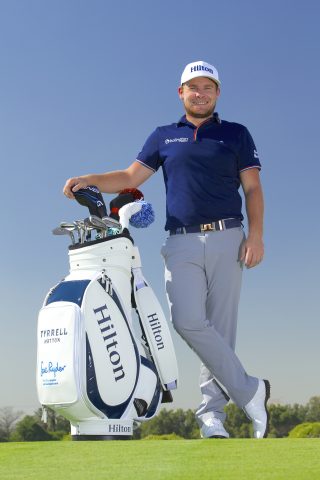 The Scottish Open, The Open, the Race to Dubai, and the upcoming US PGA Championships: more and more people are seeing first hand why Tyrrell Hatton is one of the brightest young talents in golf, and why The Telegraph states he has ‘given himself a chance of a Ryder Cup debut’ this year.

The diminutive golfer from Marlow, Buckinghamshire, has been well regarded within golfing circles for some time, as he has strived to impress at the very pinnacle of the game on a world stage in a major event. Those ‘in the know’ have seen the momentum building for some time: Hatton’s rapid progression in the game saw him reach the world’s top 100 last year at the age of 23, qualifying for The Open for the fourth time in his fledgling career and also qualifying for the US PGA Championship for the first time.

Just two weeks ago, Hatton’s commanding form saw him placed a clear second in the field at the Scottish Open, just one shot behind eventual winner, Alex Noren. The success was notable on many levels: it was Hatton’s highest placed career finish on the European Tour to date, qualifying him not only for the upcoming Open at Royal Troon, but also for this year’s US PGA Championship.

In the process, Hatton pocketed a cool £350,000 for his efforts – with £150,000 riding on his birdie putt on the final green. If anything spoke of the fact that he could handle the pressure, that moment spoke volumes.

Hatton attributed his success at the Scottish Open to the calming influence of new caddie for this season, Chris Rice, who kept him “upbeat and positive” right to the end.

Anybody who hadn’t noticed Hatton before certainly started to sit up and take notice of the player from Harleyford Golf Club: his website recorded a 5000% increase in visitors that weekend! 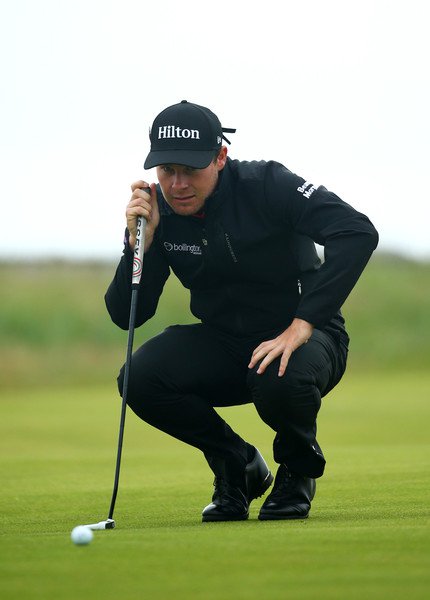 Then came The Open…

While the two title-chasing protagonists of The 145th Open – Swede Henrik Stenson and veteran American Phil Mickleson – were taking part in a stratospheric battle at the head of the field last weekend, the leading British golfer at the start of the final day, gaining rave reviews and wooing the crowds, was Andrew ‘Beef’ Johnston. Yet a persistent and determined Hatton was quietly and effectively overhauling him, finishing in a magnificent tied 5th place in the world’s oldest Open golf event.

In his previous four visits to The Open, Hatton had failed to make the cut. His appearance amongst the world’s elite this year on the last day is testimony to the fact that hard work allied to talent and ability has pushed his career to new heights.

The Telegraph was fulsome in its praise, headlining an article with “Tyrrell Hatton leads [the] pack of prodigious young English talents at Royal Troon” and pointing out that Hatton’s 2nd place in the preceding Scottish Open tournament had seem him finish ahead of both Stenson and Mickleson, while his four-under-par finish at The Open placed him level with the “heady company” of both Sergio Garcia and Rory McIlroy.

Bollington Insurance has been supporting Tyrrell Hatton over the last four seasons, and we are delighted to see the faith we have placed in him is being repaid handsomely with the recognition his superb recent performances have rightly garnered.

Can Hatton make a great impression in this year’s US PGA Championship when it commences this Thursday, 28th July in Baltusrol? As he currently occupies 9th place in the Race to Dubai and is pushing for a world top 50 place (currently teetering on the brink in 55th position), who would bet against him?