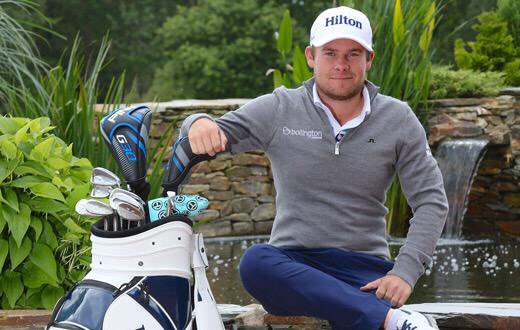 Congratulations to Bollington-sponsored golfer Tyrrell Hatton, who has received an invitation to take part in the 2015 USPGA Championship - one of the four major golf championships - which takes place between 13th-16th August at Whistling Straits, Kohler, Wisconsin.

The 23-year-old's stock is rapidly rising, with a string of superb performances on the PGA European Tour this season.  Fresh from equalling his career high with a 3rd place finish at the Omega European Masters in July - and subsequently finishing 5th in the Saltire Energy Paul Lawrie Matchplay event - Tyrrell has now broken into the top 100 rated golfers in the world, with an Official World Golf Ranking (OWGR) of 95th.

The Marlow-based golfer has also finished in the top 10 at three other events on the European Tour this season, including the Abu Dhabi HSBC Golf Championship (tied 6th),  the Volvo China Open (tied 8th), and a superb 4th at the Dubai Duty Free Irish Open which led to qualification for the 144th Open Championship at St Andrews.

Bollington is proud to see Tyrrell's continual progression being recognised by the Professional Golfers' Association of America, and wishes Tyrrell great success in the last major golf event of the season next week.