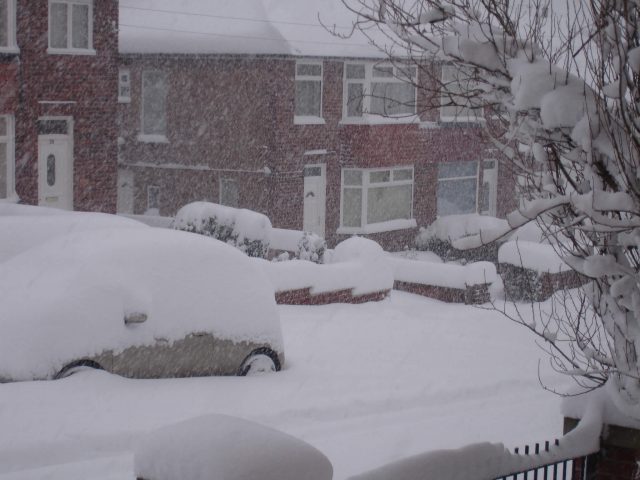 As snow and ice descends upon much of the UK, motorists are warned to be on their guard as thieves target cars with keys left in the ignition while warming up in the cold weather.

Nobody relishes waiting for their vehicle to warm up in freezing cold conditions, so it's quite tempting to head back into the house or office for a couple of minutes, leaving your windscreen to demist and the engine to warm up. Unfortunately, though, leaving keys in the ignition is inviting theft, with unscrupulous individuals - and even gangs - only too happy to take the invitation.

According to the Association of British Insurers (ABI), there have been many instances of unattended vehicles reported by police in recent winters, with a number of vehicles stolen including 6 cars taken in just 30 minutes in the West Midlands towards the end of 2016.

Other reported instances include 27 unattended vehicles reported by Lancashire Police in just 2 hours, 4 of which were stolen; 100 unattended cars in a 36 hour period reported by West Midlands police, with 13 stolen; and 'The Ice Bandits', a criminal gang jailed following the theft of 16 cars across the North West.

Given reported instances of gangs targeting vehicle theft in this way, there is an element of organised crime, though it is often the case that this is a theft of pure opportunism.

The best advice is simple - sit in your vehicle and wait for it to warm up. Keeping yourself warm is important but so is keeping your vehicle, so wrap up in layers of clothing and wait inside your vehicle until it's safe to drive. Leaving your car unattended with keys in the ignition is not going to be looked upon favourably by insurers if it is stolen!

The snow and ice arriving in the latest wintry blast is also likely to lead to problems out on the road, with an increased chance of weather-related road traffic accidents. Should the worst happen and you need to make a motor claim on your Bollington policy, call 0800 195 4905 24 hours a day, any day of the year for assistance.