In his Autumn Statement, Chancellor Osborne introduced the government’s new compulsory National Living Wage (NLW), which will come into force in April 2016. A living wage is the hourly amount at which a worker should be paid in order for them to be able to afford basic living necessities—such as rent, healthy food, travel and leisure—and to reduce their reliance on the government.

The decision to institute a standardised NLW was made, in part, to better address the issue of working poverty—Britons that work more than one job, yet still struggle to afford basic living necessities. However, the living wage will differ from the National Minimum Wage (NMW). Workers under the age of 25 will earn the NMW while workers over the age of 25 will earn the NLW.

Determined by the Low Pay Commission, the NLW will be introduced at an hourly rate of £7.20 and will increase each year, with a projected target of at least £9 by 2020. Employers who are found to be non-compliant could face tough penalties, such as the following: 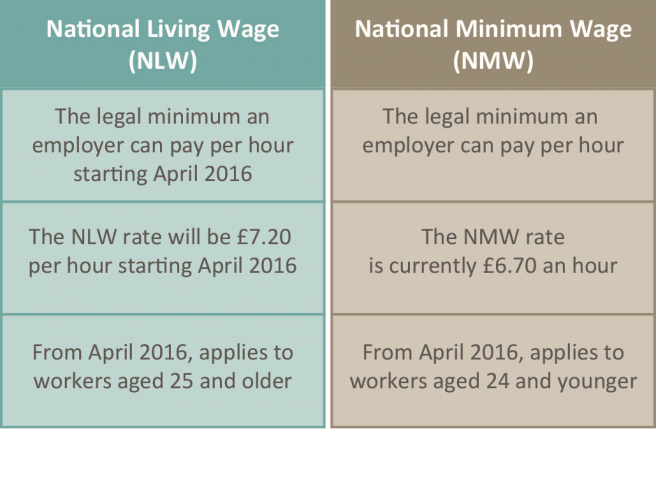