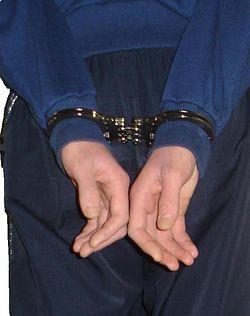 Retailers in Lincoln are on their guard after the city was named as the UK’s shoplifting capital.

Crime figures analysed by The Mirror newspaper showed that there were 1,569 reported cases of shoplifting in the city in the year to the end of June. The statistics show that it is equal to one case for every 61 people living in the city. It is also almost three times higher than the national average.

Theft of stock, whether by shoplifters or burglars, is something every retailer needs to think about when organising their business insurance. Make sure you also have a shop insurance policy suited to the needs of your business, which will cover you for stolen stock that would otherwise eat into your profits.

After Lincoln, the city of Westminster in central London came second on the shoplifting league table. The area experienced one incidence of shoplifting for every 62 people.

Shopowners in South Cambridgeshire were the least likely to have their stock stolen. The figures showed that there was just one incidence of shoplifting per 1,207 people over the 12-month period.

However, the overall figure for the whole of England and Wales was higher than the previous year. Recorded incidents of shoplifting rose by 2.6 per cent compared to the year to June 2014 and were up by 8.5 per cent when compared to the same period in 2011/12.

In total, police received 327,925 reports of cases of shoplifting during the 2014/15 period, which equated to an average of one case for every 176 people.

In Newcastle, which saw the sixth highest rate of shoplifting, the Federation of Small Businesses urged shops to work with the local council and police to deal with the issue.

Regional chairman, Ted Salmon, told The Chronicle: “Business crime is a huge issue for many small businesses and one we need to see stronger action on.”