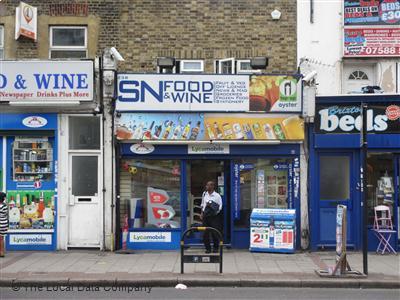 The leaseholder of a London convenience store and connecting apartment above has been sentenced for breaking fire safety laws, reports the Brixton Blog.

Arunthavachelvan Jegatheepan, who ran S N Food & Wine, was prosecuted by the London Fire Brigade for a series of fire safety offences following two inspections at his premises on Brixton Road in Stockwell. Mr Jegatheepan was handed a two-month suspended sentence, told to pay £8,00 in court costs and given 100 hours of community service by the Inner London Crown Court on 6 May.

Landlord’s insurance is a requirement of buy-to-let houses, holiday cottages, and other commercial premises. Landlord’s insurance will also cover you for a broad range of new circumstances, including property owners’ liability, damage to property and subsistence. Additionally, those running a retail company should consider Business Insurance, which offers things like business interruption cover.

A follow-up inspection found people still sleeping on the floor of the apartment, and discovered that there was no power for the fire alarm panel in the building.

After sentencing, Dan Daly, the assistant commissioner for fire safety at the London Fire Brigade, said: “The accommodation above this shop could have put people’s lives at risk. If a fire had broken out anyone living and sleeping there would not have been able to escape safely.

“Those responsible for buildings have a clear legal responsibility to ensure that the people living and working there are safe from fire. In this case, not only were those responsibilities being flouted before we visited the premises, the leaseholder continued to ignore them even after we had carried out our safety inspection.”