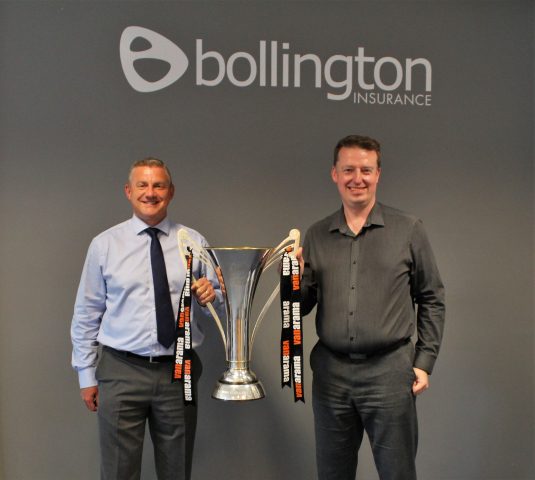 On the eve of the new Sky Bet League 2 season, Bollington Insurance is pleased to announce that we have continued our sponsorship deal with National League Champions Macclesfield Town Football Club.

The League 2 newcomers romped to the National League title last season, defying the odds with one of the lowest budgets in the division to finish 10 points clear of second-placed Tranmere Rovers and book their place back in the league for the first time since 2012.

Bollington’s pitch-side board will remain in place at the Moss Rose for the 2018-2019 season as the Silkmen look to build on the tremendous success of last season under the stewardship of their new manager, Mark Yates.

Bollington also has another connection with the club, with a certain Roary the Lion appearing amongst our ranks!

Andy Barnes, Director of Risk Management at Bollington, said: “We’re delighted to be renewing our partnership with Macclesfield Town for the coming season.  It’s a great football club at the heart of the local community, so we’re really pleased to lend our support once more.”

Mark Bowers, Content Manager at Bollington, added: “As a long-time supporter of the club, last season was outstanding. The achievements of John Askey and the squad will live long in the memory.

“Now we enter a new era with Mark Yates, Neil Howarth and Danny Whitaker leading the way, there are further exciting times ahead for the Silkmen. Bollington has made many friends through the club, and we look forward to continued success in the months to come.”

Local supporters looking for a good deal for their business insurance needs should contact Bollington on 0161 929 1851.