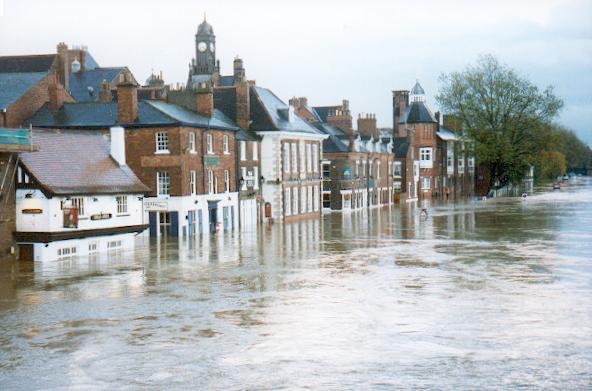 The devastation caused by flooding in certain parts of the UK in late 2015 and early 2016 could happen again as the National Flood Resilience Review is delayed by several weeks.

It is estimated that more than five million homes in England alone are at risk of flooding — that’s one in six properties in the country. Similar flooding to that seen in December last year could therefore cause billions of pounds worth of damage. Experts are urging the government to take immediate action to prevent such scenarios happening in the near future.

Professor John Krebs of Oxford University, a member of the government’s committee on climate change, said: “The problem is that many people still do not understand the risks involved. There is a standard line that an area might have one chance in every 100 years of being flooded. But there are dozens of such areas, so these chances accumulate, making it very likely that somewhere in Britain will be flooded every year. This makes the issue far trickier. It is a wider one than is realised.”

Paul Cobbing, the chief executive of the charitable organisation National Flood Forum, added: “People have to realise that it is going to take a great deal of hard graft over the next 20 or 30 years. We have to take a far broader approach to the problem than we are at present. Flooding is going to affect new schools, care homes, roads, and railway lines. All kinds of infrastructure will increasingly be at risk.”

However, time is running out, with meteorologists expecting more flooding over the coming years, having seen six of the seven wettest years on record occurring from the year 2000 onwards. The UK Climate Change Risk Assessment, which was published in July, said: “The impacts of flooding and coastal change in the UK are already significant and expected to increase.”

The National Flood Resilience Review, which was due to be published in July of this year, has now been delayed by at least several weeks.