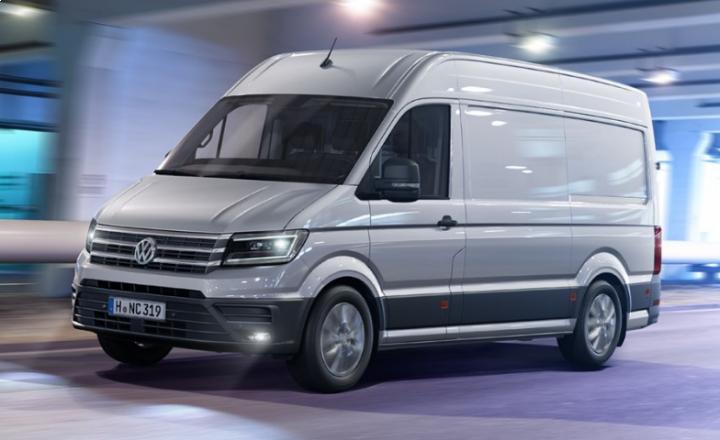 German vehicle manufacturer Volkswagen has given a preview of its forthcoming 2017 Crafter van ahead of its autumn release.

While previous generations of the Crafter were based on the Mercedes-Benz Sprinter model, the brand new version will be built by Volkswagen at one of its new plants in Wrzesnia in Poland. The large commercial van will run on diesel, with four base models, as well as three height and three length variations.

If you’re a motor trader that deals in commercial and consumer-use vans, you may well already be making space for the new Volkswagen Crafter before it arrives in the autumn. If that’s the case, be sure to regularly update your road risks insurance and motor trade insurance to cover your changing vehicle quotas.

The exact specification and pricing has not yet been unveiled by the German automaker. However, Volkswagen has announced that customers for the new Crafter will be able to choose from front-wheel, rear-wheel and 4Motion all-wheel drive models. And depending on the drive model chosen, customers will have four power output options available to them: 100bhp, 120bhp, 138bhp and a bi-turbo TDI that outputs 175bhp.

The new Crafter will also feature a range of technological advancements. These include an electro-mechanical steering system, trailer stabilisation, Adaptive Cruise Control (ACC), post-collision braking, and side wind compensation. There are also airbags for the front, side and head areas on both the driver and passenger sides, plus warning systems to enable easier parking.

The new 2017 Volkswagen Crafter will be fully unveiled at the Hannover Motor Show taking place in the northern German city from Thursday 22 September 2016, where customers will be able to get a close-up look of the new vehicle.