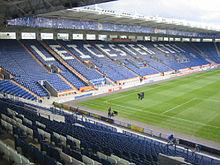 Football fans in Leicester are boosting sales of blue cars in the city to match the Premier League high-flyers’ home shirts, according to new research.

Skoda calculated that it has sold 340 per cent more blue cars in the Midlands city since the team started its strong run of form, which has taken it to the top of the Premiership and within sight of the title. And it says the colour theme can be seen around the country, with supporters often choosing the their team colour when they look for a new car.

You may not want to drastically change the colour scheme of the cars you have in stock, but this kind of research can be useful in your marketing efforts for your business. But whether you are stocking red, blue, black or silver cars, one thing remains important: you should have the right level of motor trade insurance and road risks insurance to cover your business.

Skoda carried out the survey to coincide with the Colour Edition launch of its new Fabia and Citigo models. The manufacturer said that the same team colour trends as it recorded in Leicester can be seen in Manchester, where red and blue Fabia sales are higher than the national average for the two colours. In Newcastle, 18 per cent of Fabias sold are white, again tying in with the football club’s black and white colours.

Mick Brown, from Sandicliffe Skoda in Leicester, said: “This is a hugely proud and passionate city, and one that has been waiting a long time for its football team to climb to the top of the league.

“Now that’s a reality, we are seeing a blue revolution, not just on the pitch but off it, too. Blue is, by far, the most popular colour we’re taking orders for.”