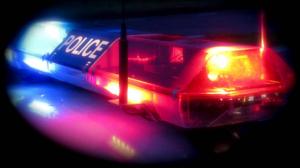 An extraordinary story involving a car dealership in the US has been making the headlines around the world after a 10-year-old boy stole a car from a showroom and then ran over his younger brother, leaving him hospitalised.

Roscommon County Sheriff's Department in Michigan reported on Sunday that a 10-year-old had broken into a car dealership and damaged many vehicles before then pinning his own brother, nine, under the car. The brothers' family were called as police arrived and the younger was rushed to hospital.

The story, while certainly not typical in terms of the age of the joyriders, illustrates that car showrooms will always be an attractive target for vandals and thieves. This is why it is so important that businesses selling cars from a set premises have a combined motor trade insurance policy that will protect their stock and the building from the unwanted attention of criminals, young and old.

Having broken in and stolen the keys for multiple vehicles, which they proceeded to drive around the lot, the elder brother ended up crashing one into a snow bank, trapping his younger sibling in the process. The boy was freed and airlifted to a Flint hospital.

Detective Sergeant Wybraniec said the injuries sustained were not life-threatening, but the full extent of the injuries is not yet known. He added: "Because of their age, it’s not likely that they’re going to be held accountable for auto theft."