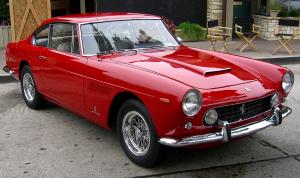 A car dealer who bought a licence plate for £510,000 last year is hopeful that his investment will soon be worth £1 million.

John Collins broke the DVLA record for the price of a licence plate when he shelled out over half a million pounds on the '25 O' plate. He bought the item because he owns a classic Ferrari dealership and wanted to put it on his Ferrari 250 model, but he has told the BBC that he thinks the plate is a sound investment that will soon be worth double that price.

It is rare that the price of a licence plate has more value than the entire stock of some dealerships, so it is critical for Mr Collins that he has special insurance to cover this item. A combined motor trade insurance policy is designed to provide financial cover for the value of a business' stock, parts and equipment in case they are damaged or stolen, so Mr Collins may need to revise his policy to ensure it provides adequate cover for the potential million-pound plate.

The number plate, Mr Collins believes, will be worth so much because of the value of the Ferrari 250 that an owner would want to buy it for. Indeed, the Ferrari 250 recently became the most expensive car ever sold, when a GTO model sold in California for almost £23 million.

Licence plates are initially sold at auction by the DVLA, with more eye catching options often in high demand. Typically they sell for anything between a couple of hundred pounds to a couple of thousand.

A good example of their investment potential can be seen in the VIP 1 plate, AOL reports. This plate was bought for Pope John Paul II's Popemobile in 2004 for £62,000 - it was sold two years later to Roman Abramovich for £285,000.