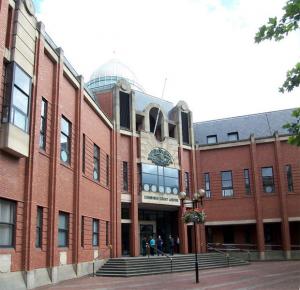 A car dealer in Hull has received a suspended sentence after he was found to have conned elderly customers out of large sums of money.

Stephen Johnson, 53, told a 75-year-old man that he could become a "sleeping partner" in his business - Clough Road Car Sales - to get £25,060 out of the man. However, he never returned anything for the large investment and the elderly man is now receiving debt relief and fears he may be "forced into bankruptcy", the Hull Daily Mail reported.

Criminal convictions for dodgy dealings such as this could not only land a car dealer in jail but it will also make it extremely difficult for them to obtain a motor trade insurance quote in the future. This business insurance is vital if a car dealership is to protect its stock and assets, but with insurers likely to be reluctant to offer a policy to someone with a track record of dishonesty and deceit, a convicted motor trader could find it difficult to get the cover they need.

According to the Hull Daily Mail, Mr Johnson met his victim, who has not been named, when he went to look at a car he was interested in buying. After speaking it transpired that the victim had once worked in the motor trade with Mr Johnson's father.

Mr Johnson told the victim he was struggling financially and received a £2,200 loan that he was due to repay once he had sold his next car. The pair then began discussing working more closely together and Mr Johnson proposed that the retired man become a sleeping partner in his dealership - offering funds and getting returns without having to do the leg work.

The victim was reportedly "excited" about being back in the motor trade and hoped his investment would help "top up his pension", but never received any of his money back. Mr Johnson repeated the trick on two other men - he received a suspended three-year sentence after appearing at Hull Crown Court.