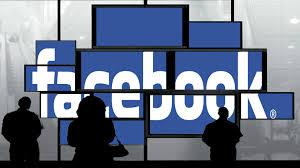 A car dealership in Ireland has come under fire after it allegedly fixed its own online competition.

Last month the Audi Galway dealership posted a competition on its Facebook page, offering an A3 Cabriolet for the long weekend to the winner chosen from anyone who shared and liked the post. The contest was shared 38,000 times and attracted 32,000 comments, but suspicions have since been raised as to whether the lucky winner actually existed.

The company announced that the prize had been awarded to May Lydon but a quick search by some of the other entrants discovered that no such Facebook profile existed, which would make it rather difficult for them to win a Facebook competition. An account later did appear after the win but was then disabled, with a backlash coming from social media users.

Whether finding an online motor trade insurance quote or running an online competition, being dishonest will usually land a car dealership in hot water or damage its reputation. More specifically, in the case of an insurance policy, lying to achieve a cheaper policy could mean the company has insufficient cover against the risks it faces.

Audi Galway has denied the allegations levelled against it. A spokesperson for the dealership told TheJournal.ie that “people are over-reacting” and that the winner had been in contact and would be collecting their prize.

A statement read: "The winner of the competition had been picked randomly from the huge number of entries we received. We hope they will enjoy the prize over the bank holiday weekend."