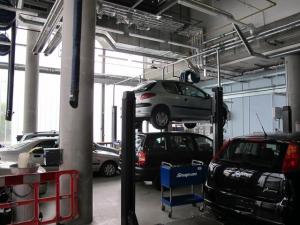 The price of car repairs up and down the UK can vary by as much as 30 per cent, new research has found.

A price comparison by WhoCanFixMyCar.com examined how much garages in different parts of the UK would charge to complete common repair jobs, such as a service and MOT, brakes and exhaust, and engine and cooling. It found that the most expensive place to have you car repaired was East Anglia, where a standard job would cost £241, while the cheapest was Edinburgh and Glasgow at just £166. The UK average was £220.

While car garages' prices might vary from region to region, mechanics will find that their road risk insurance quote or motor trade insurance quote will also fluctuate depending on where they are based. Factors such as higher crime or accident rates could drive up the cost of a policy.

Alex Rose, marketing director of WhoCanBuyMyCar.com, which runs WhoCanFixMyCar.com, commented: “It’s a common assumption, Londoners pay more to maintain their cars than anyone else. It stands to reason: higher rents, higher wages.

"But London service/repair prices are only a few per cent off the national average, while the UK’s geographical extremities saw some of the highest pricing of all."