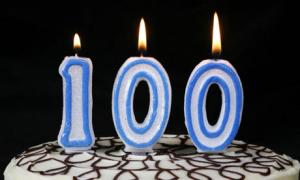 A man in America has celebrated his 100th birthday in the car dealership where he still works as a salesman.

Derrell Alexander sold his first car 66 years ago but still makes his living in the motor trade industry at White's Mountain Motors in Wyoming. Even when celebrating his milestone birthday he turned up at the dealership where he works six days a week, albeit with much shorter hours.

Experience is a valuable asset to have in any company, but within car garages and dealerships there are considerations to be made when it comes to having older employees. Specifically, naming older members of staff on a business' road risks insurance policy can lead to problems, with elderly drivers often more difficult and expensive to include within this type of insurance.

That was not going to deter Mr Alexander though; he believes strongly in remaining active in later life. He told the Casper Journal, his local paper, that you will not last long if "you sit around the house and watch TV".

His daughter Sheri Rupe, who unlike her father is happily retired, agreed. She said: "He'd probably be gone by now if he went home and sat down and did nothing."

Sheri's husband Tom Rupe added that he thinks his father-in-law will be selling cars and sitting at his favourite spot in the dealership, right by the fireplace, until the day he dies.