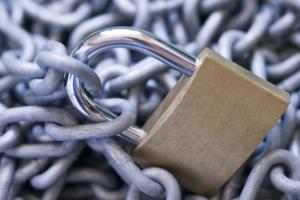 A couple have been trapped in a car dealership in Derby after staff left early and locked the customers in as they went home.

Alex Cruz Vidal visited the Inchcape Toyota Derby site in Pride Park on Saturday (19 September), arriving at 4.50pm, 40 minutes before the dealership was due to close. However, they had not even managed to get out their car before the last employee at the showroom drove away and locked them in the forecourt.

The couple were forced to duck under the barriers and get a lift home with a family member - they then had to return the next day to collect their car.

Car dealerships require a combined motor trade insurance policy to offer cover for the vehicles they store on their premises - including customers' cars - just in case they should be damaged or stolen overnight. However, keeping customers' cars on site against their will is not the most intelligent approach.

According to the Derby Telegraph, when Mr Cruz Vidal arrived at the dealership he was advised that staff were closing up. The couple were preparing to leave but just 30 seconds later the last worker had left and lowered the barrier behind them.

Mr Cruz Vidal, said: "We were heading back to our car to leave but then, all of a sudden, this fleet of staff cars just left. I was in shock and there was nothing we could do.

"Suddenly we were abandoned. It was a nightmare."

He added that they called the police but there was nothing they could do not. The dealership has apologised for the incident while the couple have since bought a car from another dealer.