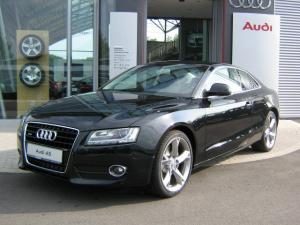 A car dealership in Canada has suffered an embarrassing incident after a vehicle was reported stolen from its forecourt only for it to discover that it had been driven away by a mechanic.

Chris Jackson went into Glenmore Audi in Calgary to grab something from his vehicle that he had brought in for servicing. When the car could not be found anywhere on site, police were alerted only for the dealership to then find out that one of the mechanics had taken the vehicle home for further testing.

Breakdowns in communication like this can lead to confusion but the car dealership can at least rest assured that they are protected from different eventualities by having a comprehensive combined motor trade insurance policy in place. While this can cover theft of vehicles from the forecourt, road risks insurance will also insure mechanics to drive customers’ vehicles as part of their trade, ensuring any accidents that could occur on the road are also covered.

Reliving the story, Mr Jackson told CBC News: “They started calling their mechanics, and finally one of them answered and said: ‘Yeah I have the car at home.’

“The only way that they had actually even decided that they were going to call these guys was when I’d called the police and said my car’s missing.”

It was at this stage that the dealership bosses discovered that a workshop technician had taken the car for “an extended period” to test its faulty navigation system. Audi Canada has apologised to Mr Jackson for the incident.