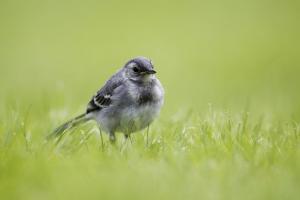 A car mechanic in Dorset made an unusual discovery during an inspection of a vehicle when he came across a nest of birds.

Jon Brooks, a technician at Westover Nissan, was preparing to start an oil change on a customer’s Nissan Pixo that was in for servicing when he came across three grey pied wagtails hiding behind the bumper. Mr Brooks called the RSPCA to have the little birds safely removed.

Regional wildlife might not be a main consideration when selecting a location for a motor trade business but other local facts ought to be researched. Namely, the area’s crime rate as well as risks of flooding should be examined because these things can have an adverse effect on the cost of a motor trade insurance quote should they be found to be particularly high.

The small birds travelled five miles to the car dealership but RSPCA inspector Graham Hammond said they were largely unscathed by the whole experience.

Mr Brooks told the Western Gazette: “When I heard the chirping I thought it must be pigeons inside the workshop but then realised it was coming from much closer to us. We couldn’t believe it when we saw the nest under the car – it was a first for us!

“The car had low mileage so it may have been stationary for some time whilst the birds built their nest and no one was even aware they were in there.”

The RSPCA expressed its gratitude to Mr Brooks for acting quickly and showing the care needed to protect the birds.