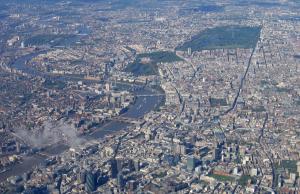 Motorists in East London are paying as much as three times more than those living in the opposite part of the city, research has claimed.

According to figures from SmartWitness, postcodes in the east side of the capital accounted for four out of the five most expensive premiums. Meanwhile, all five postcodes with the cheapest quotes could be found in the more affluent parts of South-West London.

Geography obviously plays a key role in determining the cost of insurance premiums, and this is also the case when it comes to obtaining a combined motor trade insurance policy. It is important to remember that the location of the business premises you are trying to insure could be a critical factor in determining how much you will be paying – a motor trader operating in a quieter or safer place will naturally pay less than one based at a site with higher crime rates. This will therefore need to be a crucial consideration if you are looking to set up a new business in a particular area.

The research by SmartWitness found that the price of insuring a BMW 3 Series in East London is as much as £712.22 in Manor House, but only £220.91 in Putney. Furthermore, the data also suggested that the east-west divide had become exacerbated over the past decade, with motorists in East London seeing their premiums rise by over £90 in 2013 alone.