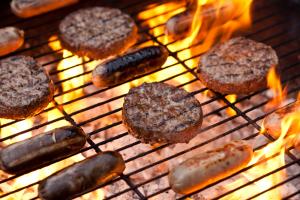 A fire at a car repair garage in Burnley, which destroyed part of the business premises, was apparently caused by somebody cooking meat nearby.

Three fire crews attended the blaze in New Hall Street in which an outer shed was burned down. Dozens of cars awaiting repairs were parked just metres away from the shed but none were damaged in the incident that the watch manager from the fire station says could have been caused by a local “slow cooking or smoking meat outside the premises”.

Whatever the culinary practices of local residents, it is always advisable that a business has a good combined motor trade insurance policy in place to protect it against the threat of fire. While getting cover for the vehicles on site might be a firm's number one priority, this story illustrates the importance of having comprehensive cover for the building itself, which can often bear the brunt of the flames.

Speaking to This Is Lancashire after the incident, watch manager Neil Ashworth commented: “Upon our arrival we were faced with a well developed fire in a compound at the rear of a building.

He confirmed that the “large quantity of cars in the yard” had escaped damage from the fire.